Tokyoflash Launches Kisai Satellite and I Can Read It!

Tokyoflash has unveiled a new crazy watch called the Kisai Satellite. I have looked out the windows several times and I don’t see any pigs flying. It’s not cold enough for hell to freeze over either. I’m not sure what to make of the fact that I can easily read the Satellite. 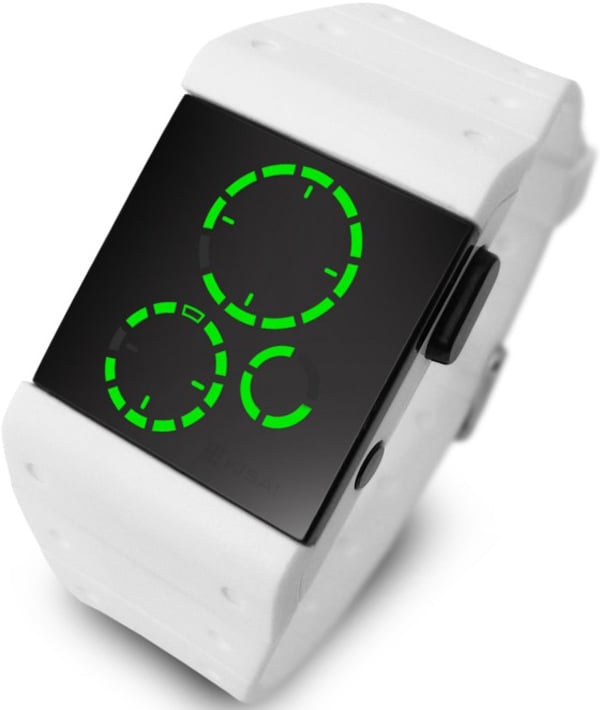 The watch face looks complex as usual until you look and note that the big ring is hours and the LED not lit is the hour. The medium circle is the minutes in fives and again the LED not lit is the one to read. Individual minutes in singles are the tiny circle and like the other two the unlit LED is the one you read. Check out the video below to see the watch in action:

Power for the watch comes from a rechargeable battery and you can get the watch with blue or green LEDs and with a black or white band. The watch sells for $93.79(USD) and is available right now at TokyoFlash.