I admit that the first few seasons of 24, I was really into the show. I watched every episode and really liked it. Once season three rolled around, I lost interest and hardly watched any other episodes of the series. Now, three geeks have set a Guinness World Record for the longest continuous TV watching marathon, all thanks to Kiefer. 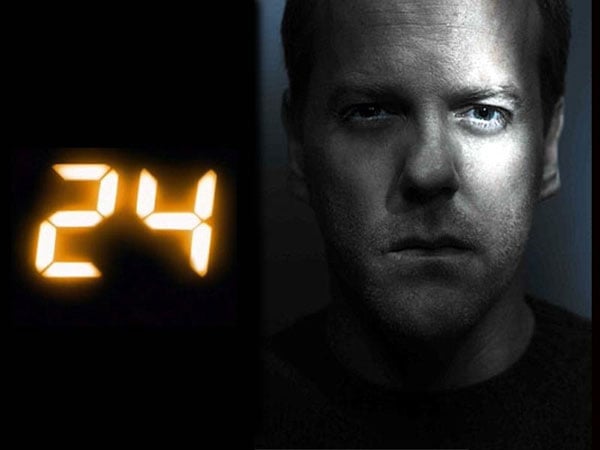 The geeks were watching the 24 complete series boxed set in a contest that was promoted by 20th Century Fox in part to promote the launch of the new box set. The three geeks beat out 100 other people and watched the show continuously for 86 hours, 6 minutes, and 41 seconds without going to sleep.

Each of the three guys is sharing the record in the book and received $10,000 each. All other participants got a boxed set of the 24 series. The box set has a whopping 56 discs and covers all eight seasons of the show. The contestants were allowed a 10-minute break every two hours of viewing to exit the theater, take a leak, and talk to family.