Google Destroys Its Own Chrome Notebooks – to Prove a Point

So if you’ve been paying attention at all to the news this week, Google revealed their first Chrome-based notebook computer. It’s the first mainstream PC to shy away from local application and document storage – moving as much as possible into the cloud. While many people are concerned about privacy and security of storing content with Google, there is one big advantage – portability. You can get to your stuff any time, any place. To prove this point, Google has put together a little video clip. 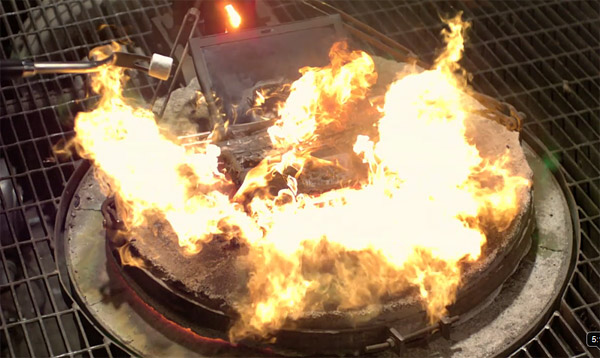 In the 5 minute-long clip, Google Chrome UX designer Glen Murphy puts his Chrome notebook through some basic paces – creating documents, editing images and whatnot. All the while, his computer keeps getting snatched and sent off to meet its maker. Seconds later, his notebook is replaced with a fresh one, and everything Glen was working on is restored, instantly.

While I’m sure that you won’t have a spare computer lying around if this were to happen to you, it does prove a good point. Cloud-based computing could definitely be a god-send for corporate IT teams. Imagine never having to re-image or restore a machine from backups, since everything you do is centrally stored. And if your home PC were to fall into a vat of liquid nitrogen or be grilled alive, you could get back to work as soon as you bought a new machine.

And if you’re still not convinced, and want to stick with your old-school laptop, that’s cool. You can still enjoy the video for the wanton destruction.