A while back, GM and NASA teamed up to build a cool humanoid robot to send into space to live on the ISS with the astronauts in what is the first step towards the construction of our own Cylons. The robot was dubbed Robonaut 2 – or R2 for short, and it is set to head to the ISS on one of the final shuttle missions set to leave soon. 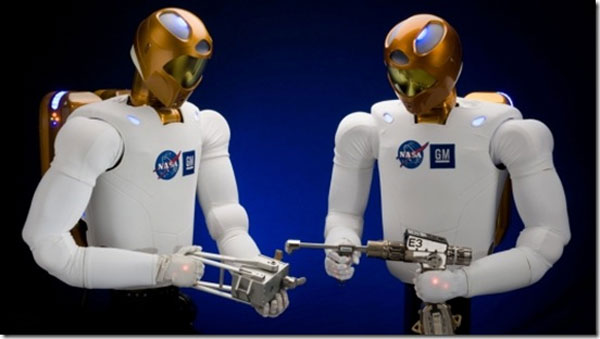 GM is talking up R2 again lest we forget how cool the robot actually is. According to GM R2 will be able to use every tool and system on the ISS that human hands were intended to use. It will be able to use them because its dainty little hands have slim thumbs and fingers. The hands on R2 have lots of dexterity as well.

R2 will be able to adjust his grip and pressure to meet any task. This is a really cool robot and the only way it could be any cooler would be if it spoke in a voice like HAL and said “Good Morning Dave” when the astronauts woke up.