Zscape 3d Holographic Plates Are Nothing Short of Magical

I only have a semi-smartphone, so every time I see Google Maps being used on a smartphone I feel like I’m looking at the future. You literally have a map of the world in your pocket, and you can even discover new landmarks with zero effort.  But Zebra Imaging shows that we can do much better. Using relatively old holographic technology, the company is able to “print” 3D layers on a single plate. The 3D effect manifests when the plate is viewed under a halogen or LED light, no glasses needed. I think it needs to be plugged in though. 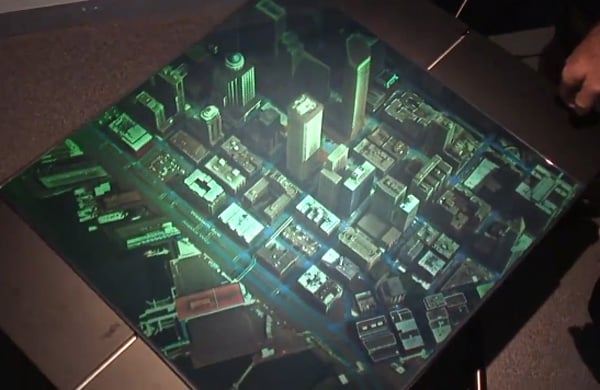 Zebra Imaging calls these prints ZScapes. Above is an example, which is one of the more obvious applications for the technology – a map. Zebra Imaging claims that there are more than 360,000 3D images in that panel. Of course it’s even more jaw-dropping in person, but we’ll have to settle with semi-awesome video:

Naturally ZScapes can be used for more than just maps –  you can make a hologram of pretty much anything. Here’s another demo. Currently Zebra Imaging charges $1,500 (USD) for a 12 x 18 in. print, and $3,500 for a 2 x 3 ft. one, which is the largest size available. Pretty cheap for something so practical. Check out Zebra Imaging’s website for more info.