Ah, sex education! Thanks to this 8-bit parody, you won’t have to explain the birds and the bees to anyone. Just link to this video, and they’ll know all about safe sex. 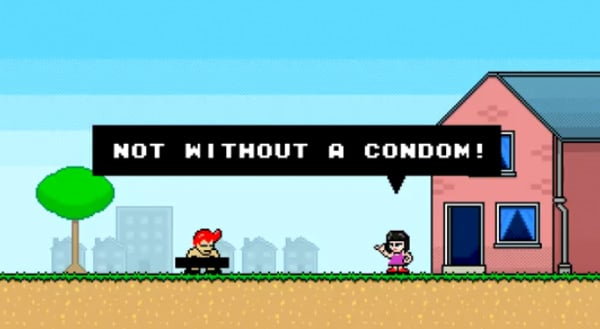 It’s called Game On and it’s a funny and educational animation created by the Leicestershire Teenage Pregnancy Partnership in the UK. It’s a parody of the 8-bit hero Mega Man. I spent countless hours on those platformers on the NES, but never learned anything about sex by playing them.

It’s a funny way to let kids know about safe sex. I don’t know how effective it will be though, since most retro gamers are pretty old by now and should already know better.