Green gadgets are cool, though at times they get to be a bit out there. The sweet Sol Theater has to be one of my favorite green things I have seen lately. The little theater is built inside a small travel trailer that’s powered entirely by the sun. 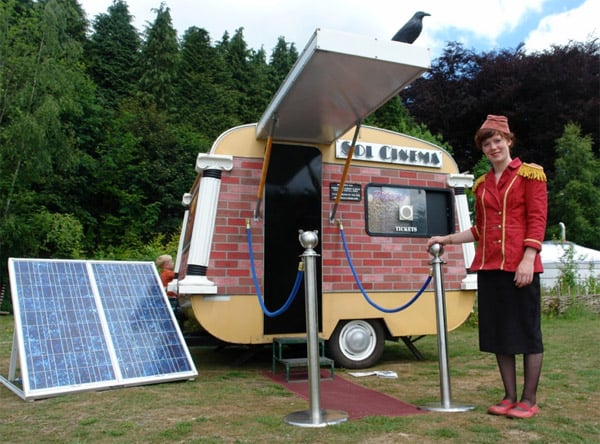 The trailer theater uses a LED projector that gets juice from that solar panel outside and stores it in lithium ion batteries inside to provide power for the theater to view short films. Apparently, the theater focuses mostly on flicks with a message and nothing with too much violence. 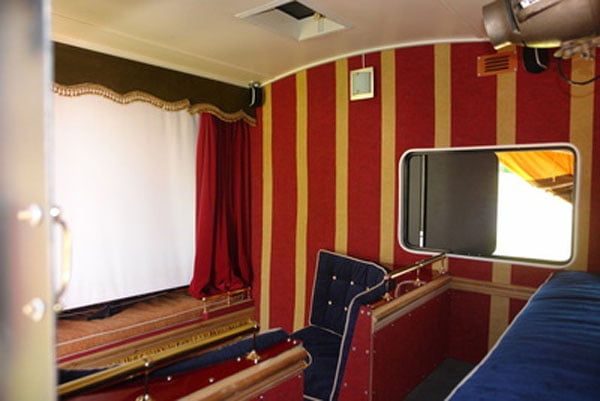 The theater seats eight people and has screened about 400 films so far. I don’t think I could watch a flick without some popcorn and AC blasting though; it looks like it would get hot inside that tiny theater. 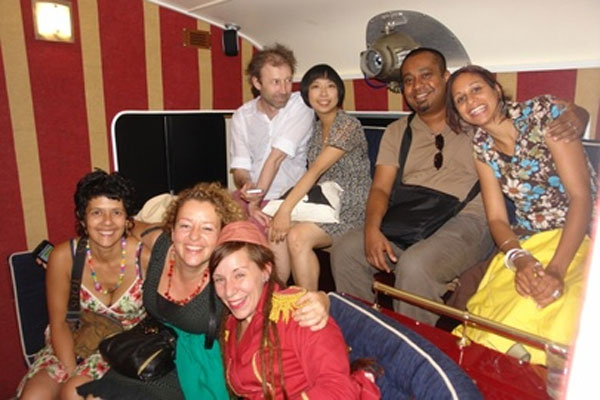