I watched a lot of movies as a kid and one of my favorites was Top Secret. I laughed and laughed every time I watched it. The only flick I liked better was Monty Python and the Holy Grail. SpaceX launched its Dragon spacecraft into orbit this week called, and onboard the craft was this secret cargo. 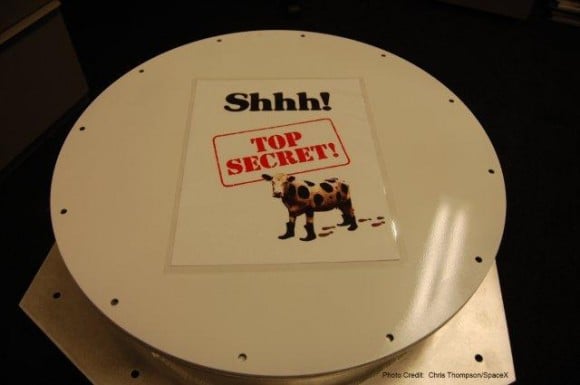 It’s was cool enough that on the lid of the cargo container was the logo from Top Secret. Once they popped the cover off that secret compartment, they revealed that it was a big wheel of cheese. 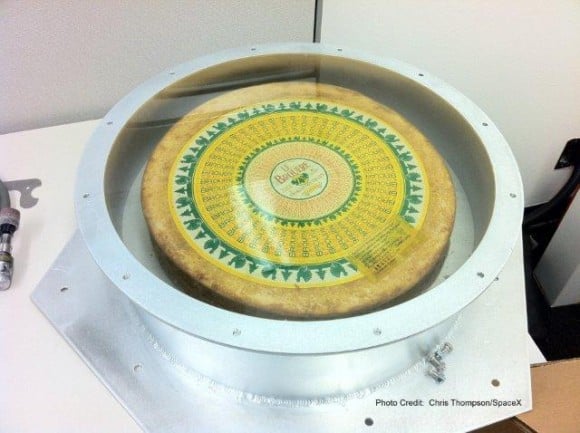 They should have tossed in some tortilla chips and once the Dragon landed, we could have had nachos. I love me some space nachos. The wheel of cheese was a reference to a skit from Monty Python’s Flying Circus where John Cleese tries to order cheese from a cheese shop that has no cheese. Elon if you read this, send me some space cheese please. I’m having a UFC party and it would go great with some crackers.