Can you believe that 12 months ago, if you had said the words “Angry Birds”, most people would have thought you were talking about an Alfred Hitchcock movie. Now, it’s the mobile gaming juggernaut of 2010. So what better way to pay tribute to those funny looking, grumpy avians than to demake them into 16-bit pixel art. 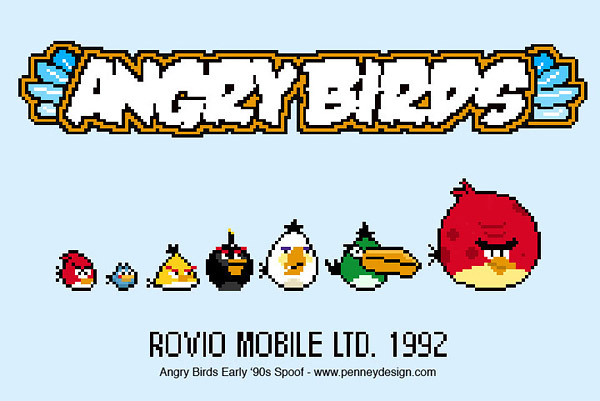 The guys over at Penney Design took care of the pixelated deconstruction of the birds, taking design cues from late ’80s/early ’90s games like Worms and Lemmings. Although the addition of the mouse pointer makes me think that this version of Angry Birds would have been running under DOS. I don’t think Windows 3.0 was up to the task, and my Sega Genesis and SNES certainly had no mice. 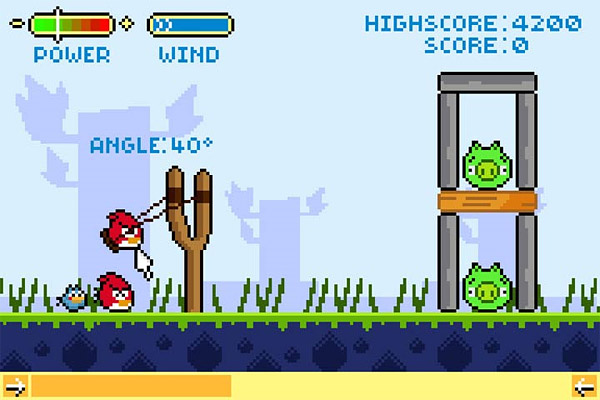 I love how they have those “Power” and “Wind” settings at the top of the screen. They even included one of the Angry Birds Seasons levels – which I’m currently waiting to unlock each and every night until December 25th. 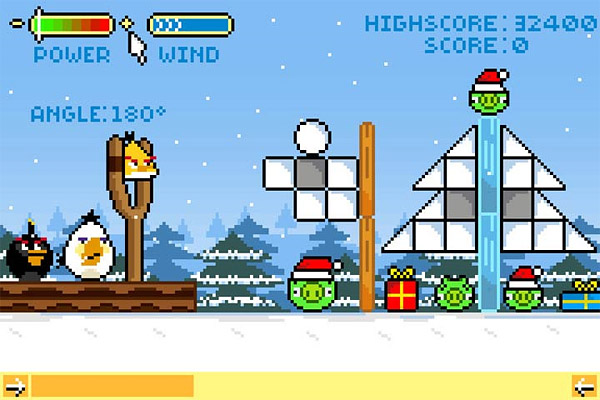