You’d think that people who lost their arms would want a prosthetic that looked and worked much like real arms and hands do. However, University of Washington graduate Kaylene Kau found out that people with prosthetic arms tended to use their remaining flesh and bones hand as the dominant functioning hand, with the prosthetic arm used as a support. So she designed a prosthetic tentacle. Doesn’t make a lot of sense to me either, but on (as?) the other hand it looks insanely cool: 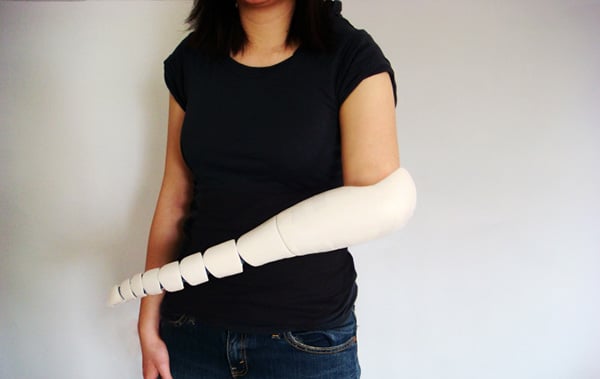 The arm’s shape and structure would make it a very good gripping and holding arm. I’m not sure why Kau didn’t imagine one that’s connected to the nervous system though – the tentacle arm is operated by two buttons found near the elbow portion of the arm. 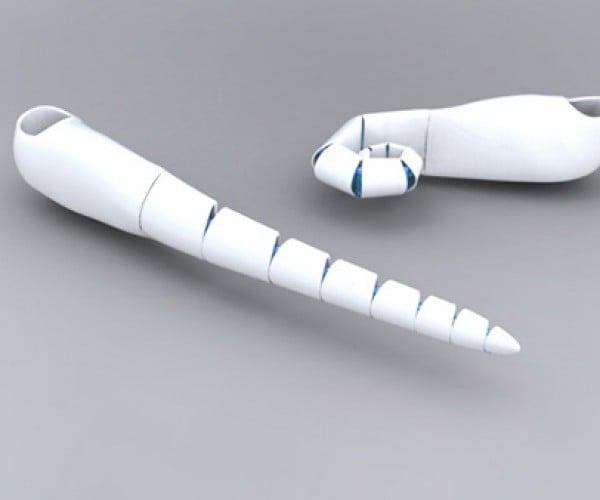 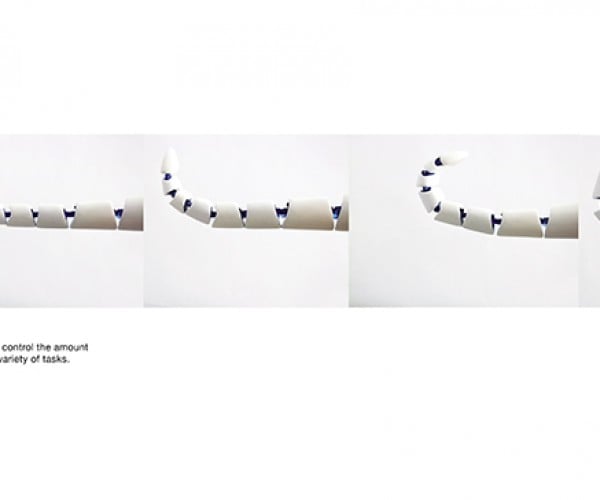 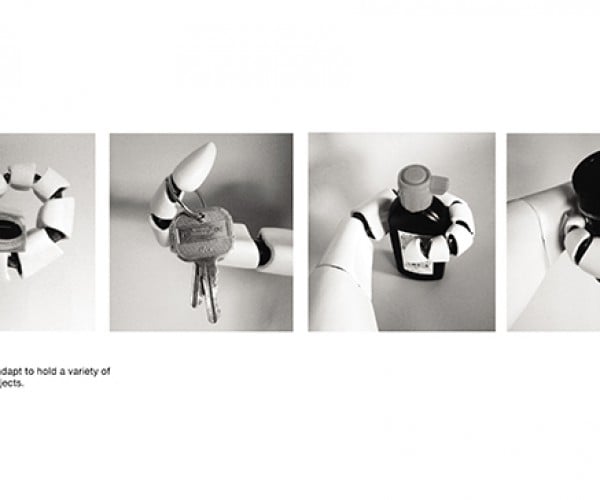 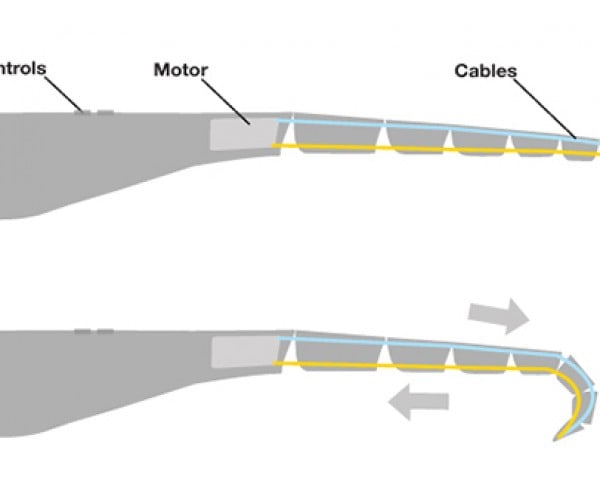 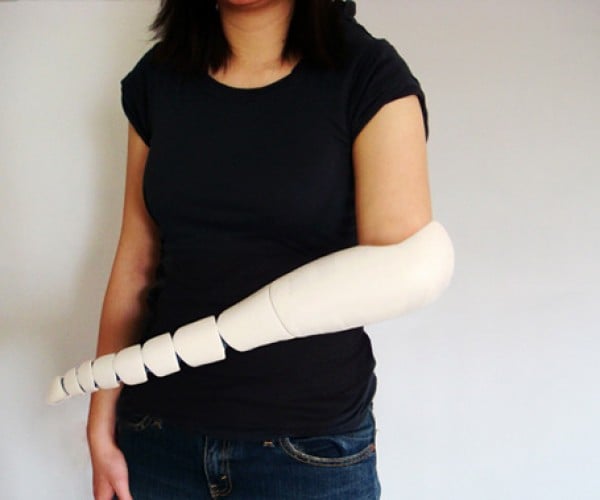 Kau is right in thinking that a tentacle-shaped arm would be flexible and can grip materials of various shapes and sizes, but in my opinion it’s still inferior to the human hand. The lack of a flat surface and other fingers means the tentacle has to be quite strong and sturdy for when the user needs to put his weight on it, like when climbing or pushing.

It’s also a simple case of incompatibility – a lot of objects require fingers to interact with, like keyboards or gaming controllers. Then again, if I was wearing this prosthetic arm, I’d just warn my friends that if they beat me at gaming, I could easily stab them in the chest, wrap my tentacle around their still beating heart, and then pop it into my mouth for sustenance. I may also do the same if I win.

[via Coroflot via Asylum]