Geeks can come up with some great ideas holiday season rolls around, and this one dude named Ric Turner has created a cool light show that you can actually play. People that happen by his house can use a controller out front and help Santa dodge snowballs. If they win, a special light show goes off to celebrate. 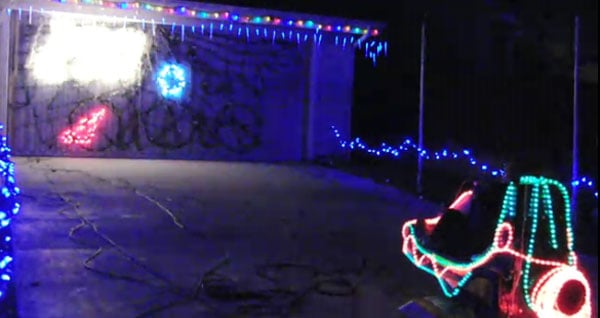 The game is called Snowball Blaster and it is controlled by a PC which operates 128-channels of lights. The logic for the game is powered by a Basic Stamp microcontroller that controls the red arrows and other stuff. Multiple programs control the attract, game play and crash detection portions of the display.

It even broadcasts audio on an FM frequency so people in cars can listen. This sounds like a really complex light show, but it would be so cool to have this in your driveway. I can imagine the backup of folks in the neighborhood wanting to give this thing a go.