For a longtime, the only option you had for your GPS was one robotic voice or another. Later we could choose voices with different accents and choose male or female voices on many GPS devices. Today we have GPS devices from different makers that let you choose some really cool vice packs. I am partial to the Star Wars voice packs myself on some of the TomTom units. 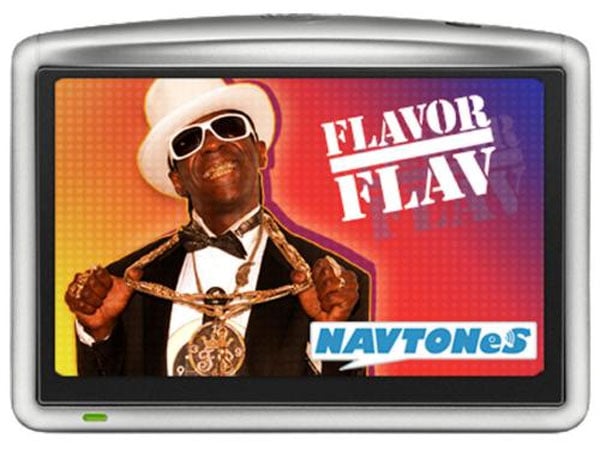 Navtones has announced the latest addition to its line of celebrity voices with Flavor Flav from Public Enemy. The voice pack is explicit as well, which is more than a little strange to me. They will work on some TomTom and Garmin machines.

I suspect that there will be plenty of F-bombs dropped and 911 will be a joke. The voice pack can be downloaded right now for $9.95 (USD). I still prefer the KITT voice pack myself.