How quickly can you solve a Rubik’s cube? Don’t worry, it’s been a while since I’ve even attempted such a feat. I’d like to think that over the last few years my problem-solving skills have increased exponentially, and that I can tackle one in mere seconds. However, I really don’t want to find out that I’ve only gotten worse. I think I’ll just stick with this USB Mini IQ Cube Flash Drive. 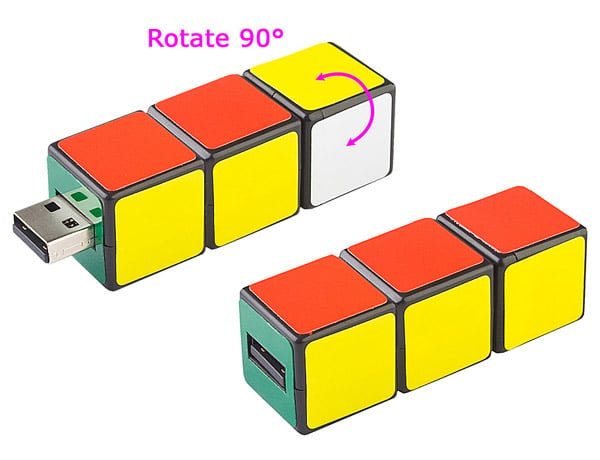 Some people might argue that they’ve taken all of the challenge out of the Rubik’s Cube. Me? I say that they’ve only gotten rid of the frustration. Only one cube rotates, and it only goes 90-degrees and back. This serves to extend and retract the USB connector that you’ll need to insert into your computer if you want to take advantage of the 2GB-8GB of storage contained within. You can grab one for as little as $17. 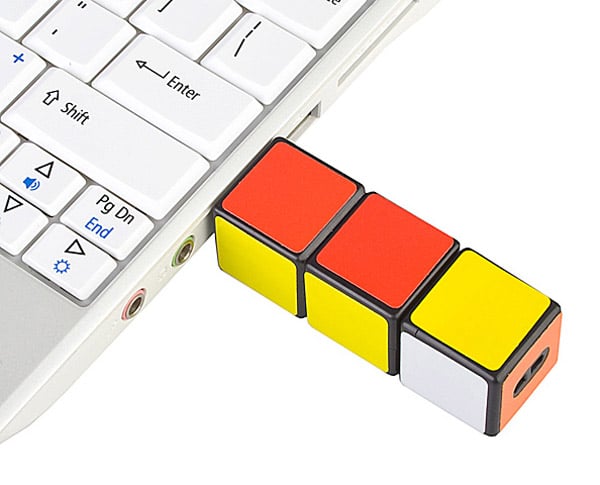