When we first started to hear about 3D TV in the home, I had an idea that the companies would be using active glasses not because they were better than passive, but because they could share more to users for the tech than they could for passive glasses. I have been waiting for a big brand to offer up a nice 3D TV that used passive glasses so I would be remotely interested in the set. Active glasses selling for hundreds of dollars per pair really make me mad. 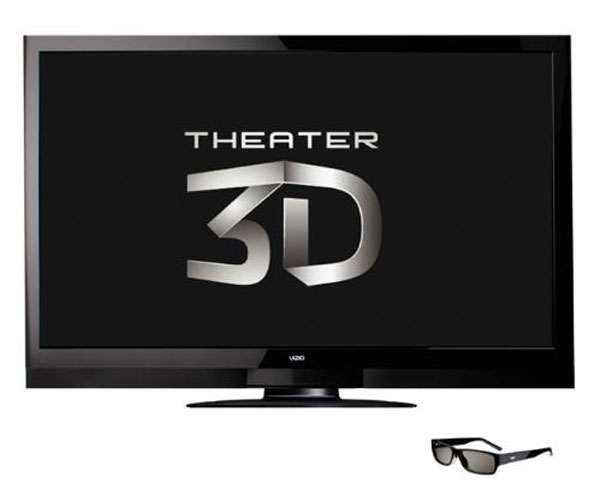 Vizio has finally stepped up and offered a big screen 3D TV with lots of nice features that supports 1080p 3D and needs none of those expensive active 3D glasses to watch. I sort of expected Vizio to be among the first to do this and I was right. The new set is called the 65-inch Theater 3D Razor LED HDTV. The set supports full 1080p resolution and the passive glasses are said to be affordable and cause less eyestrain than active glasses.

The set has a dynamic contrast ratio of 1 million to 1 and has integrated Vizio internet apps. The set also supports SRS Labs sound and has lots of connectivity and other features. The set will hit Costco and Sam’s this month for $3,499 (USD), which is a good deal for a 65-inch 3D TV with these features.