Otavio Good and John DeWeese worked for two and a half years to produce a program that, to paraphrase Arthur C. Clarke’s famous line, is indistinguishable from magic. Good and DeWeese’s app Word Lens is a essentially an OCR (optical character recognition) program. But unlike other OCR software, Word Lens not only translate visual text but also projects the translated text in place of the original one, in real time: 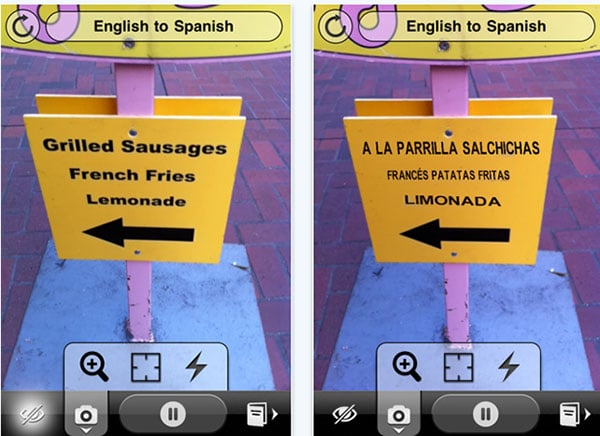 The app can also spell words in reverse or even erase words from a picture. As you can see, the translation isn’t perfect, but it’s way better than nothing. This single app justifies the existence of a smartphone with a camera. And it is available right this instant – you can grab Word Lens at the iTunes App Store now. The app itself is free, but the language packs cost $5 (USD) each and are in-app purchases. Currently only two language packs exist, Spanish to English and English to Spanish, but you can bet that Good and DeWeese will add more. Star Trek fans will no doubt wait for the Klingon pack.