I’m not sure how I missed these ketchup-pouring robots when they first made it on the scene three years ago, but I say better late than never, right? 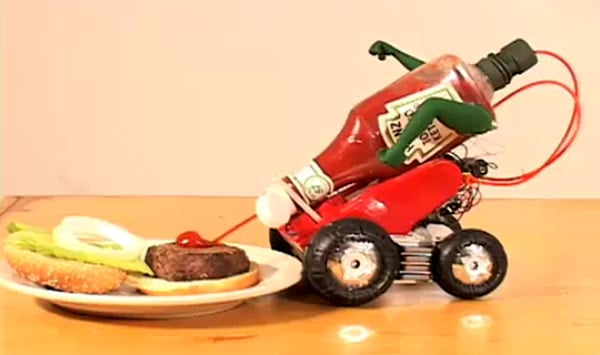 These Heinz Automato ‘bots are designed to do one thing and one thing only – dispense Heinz tomato ketchup (or catsup depending on where you live.)  From the looks of the videos below, there’s a couple of different variants of the HeinzAutomato – one that pours from a regular-size bottle…

And its baby brother, who doesn’t seem to quite have the whole ketchup dispensing thing figured out quite yet…

Clearly they’re not the tidiest robots you’ve ever seen. Seems as if they should have M-O, the fastidious little cleaning robot from Wall-E running around behind them.