Tetanus will Kill you Before the Zombies do in this Shelter

I’m not sure what would be worse, being eaten by zombie hoards, or having to live in this shelter. Both of them will probably kill you but the zombies will do it faster than death by lockjaw. This armored house is bulletproof supposedly. That’s good because no one will be hit with your strays when you eventually off yourself after having to look at the rusty walls each day. 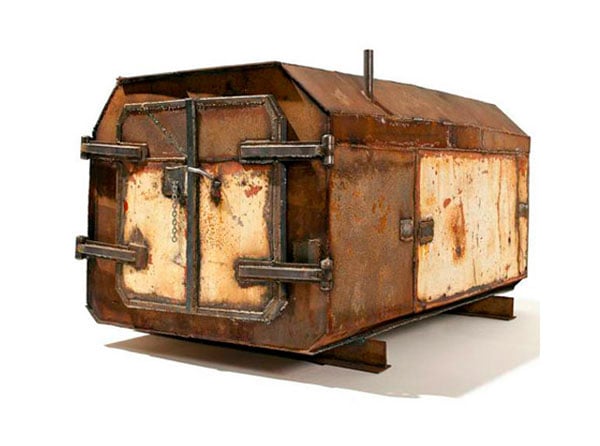 The metal house has a table, a toilet, and a bench to sit on. The wood stove is to keep it warm inside. I bet this thing would roast your chestnuts in a hot climate like Texas. I see a few issues with the design though. One – there is no TP and apparently you just shat down that tube and it falls to the ground underneath. Sort of an obvious design flaw having an opening to the outside where the zombie virus can just drift up onto your arse when you are dropping a deuce. Plus a zombie could reach up there and rip off your hotdog. 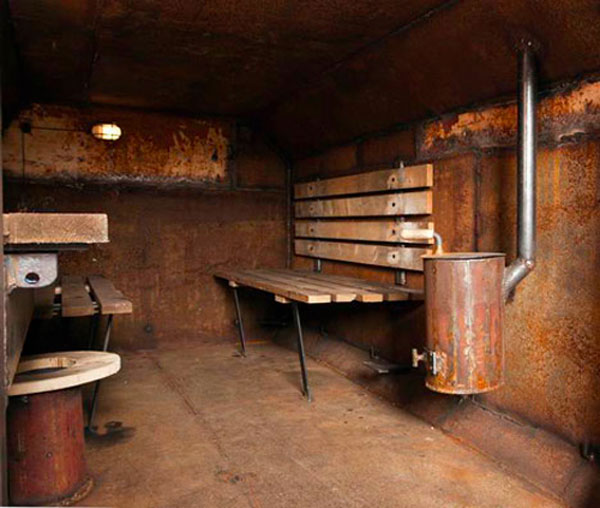 The second design flaw is the light bulb. The thing has no solar panels or other way to power that light. Other than those two issues, the thing still sucks. The guy who made it should sandblast and paint it before the apocalypse, and get a place for important things like say TP, food, and water.