My son doesn’t know it yet, but he is getting Gran Turismo 5 for Christmas. I love this age, he likes the same games I do so a gift for him is really a gift for me. What I need now is a really nice racing wheel to use to play the game and this Porsche 911 GT2 wheel from Fanatec certainly fits the bill. The wheel is a licensed replica of the actual wheel from the Porsche GT2 car. 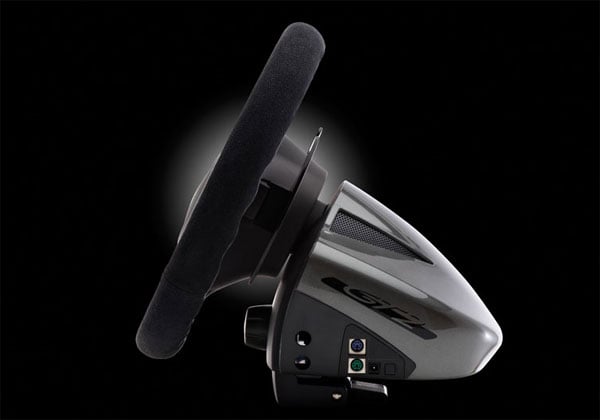 The wheel will work on the Xbox 360, PC, and PS3 game consoles and will connect to the Xbox with no wires. It needs a USB cable for the PC and PS3. The wheel has the Porsche crest on the center and has paddle shifters behind the wheel. The pedal set you see here is apparently optional. 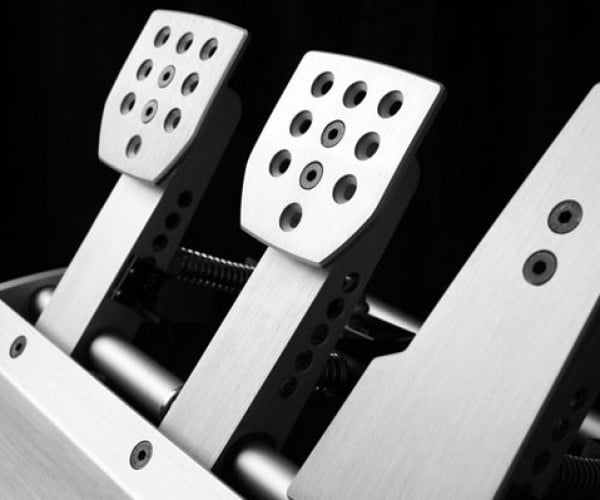 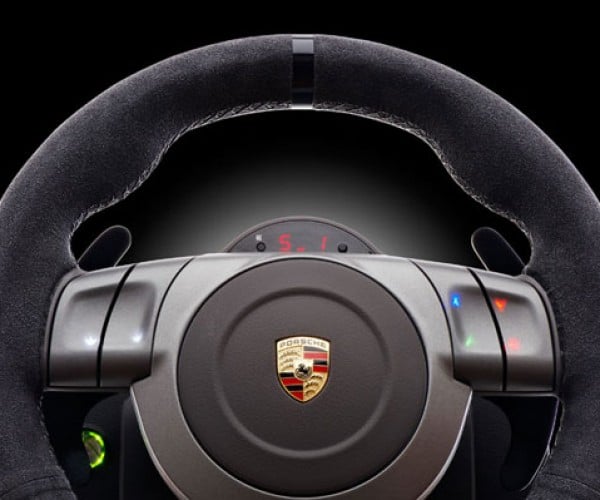 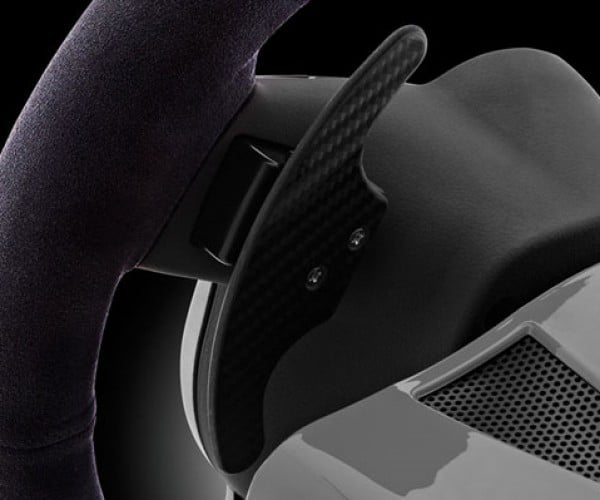 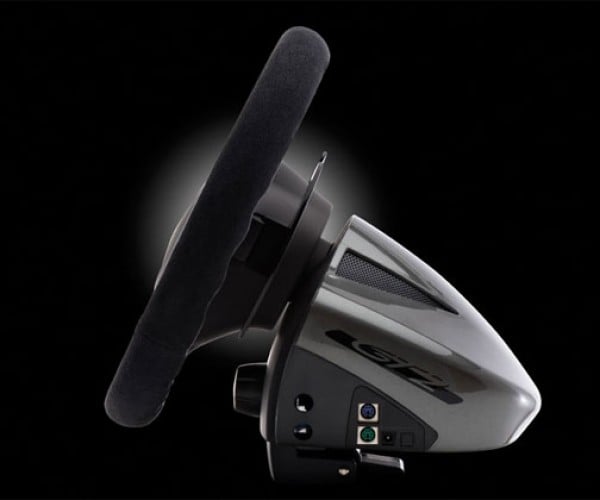 The buttons on the wheel glow to change between Xbox and PS3 modes. You can connect the wheel to a table using the clamps that are included. Along with the pedal set a gear shifter and stand are optional. The wheel alone is $249.95. The wheel and the pedals is $499.95. Both can be found over at Fanatec’s web shop. I wonder if they are that much better than the Logitech G25 or G27.