Fans of the Super Mario Bros. games would love to have these awesome wooden magnets to stick up on their fridge. 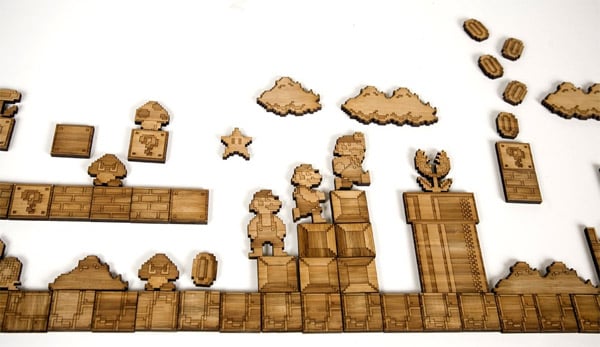 Artist Travis Chen (aka Aristomatic) spends his days and nights programming and designing video games for companies like Bungie, Blizzard and Neversoft. When he’s not coding his heart out, he’s making cool video game-inspired schwag like these retro Super Mario Bros. magnets. 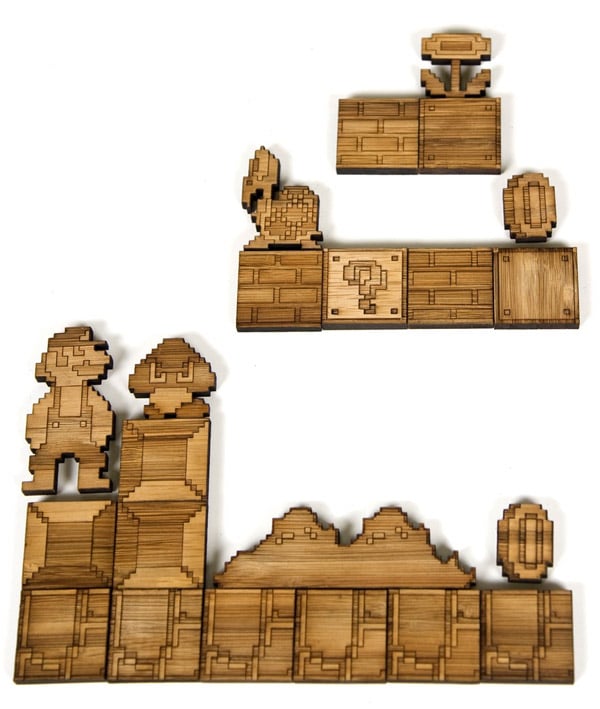 Each one is cut from bamboo wood, with an accurate pixel art design burned into it, then attached to a strong neodymium magnet. 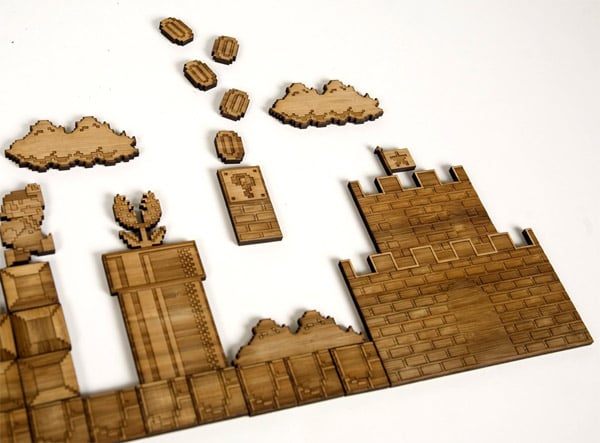 Sets of magnets range from $45 to $160 (USD) – depending on the number of magnets included, and can be found over at Aristomatic’s Etsy shop. If I could afford to build an entire bamboo Mushroom Kingdom out of these, I would.