After years of being someone else’s steed, Yoshi finally gets his own ride, thanks to custom action figure maker/Flickr user/Nintendo super fan Donald aka Kodykoala. I love the details on his custom Yoshi mech, from the bolt-like markings to the scratches and faded paint. 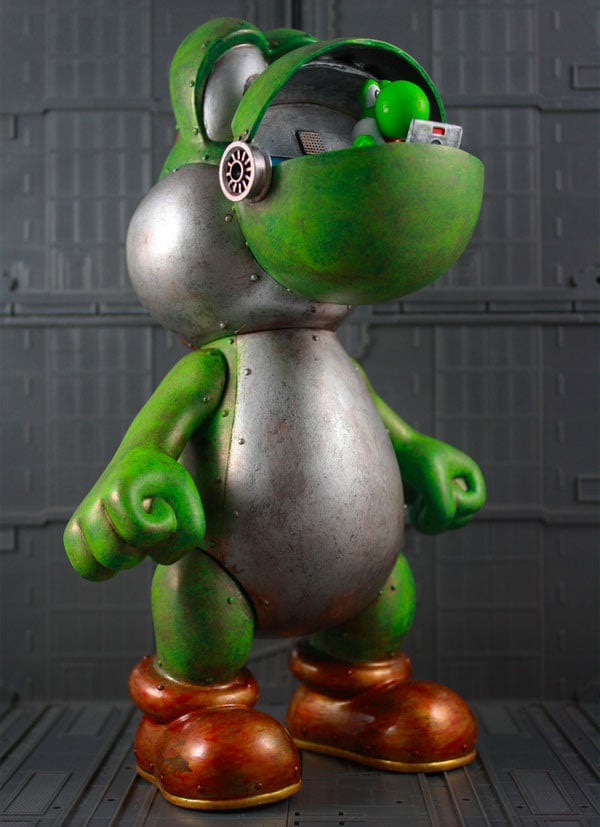 Donald didn’t go into the details of his creation process, only saying that he “used a Playmobile police station thing for the back computer, and some Lego laptops for the front display and keyboards.” 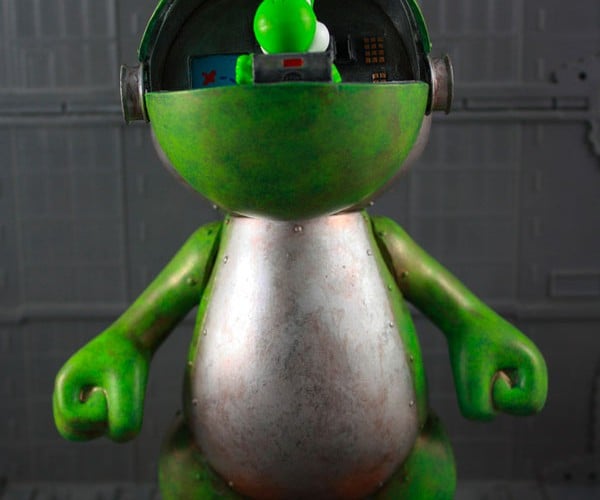 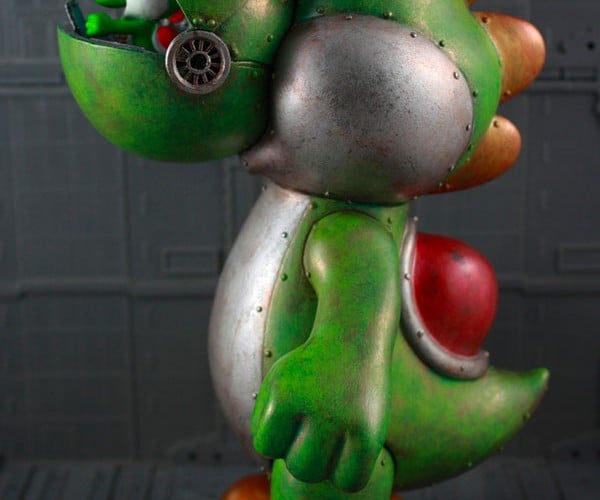 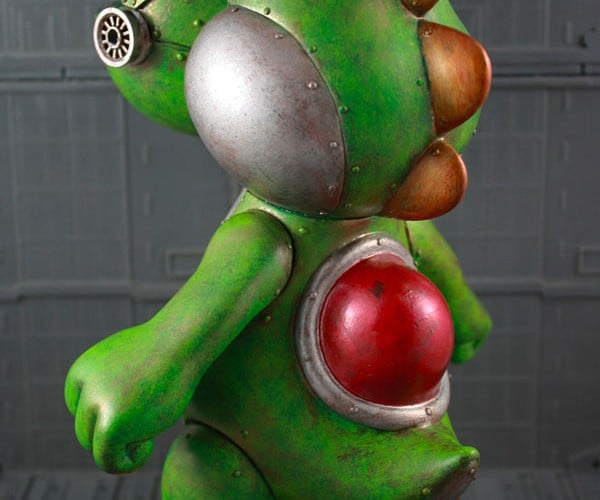 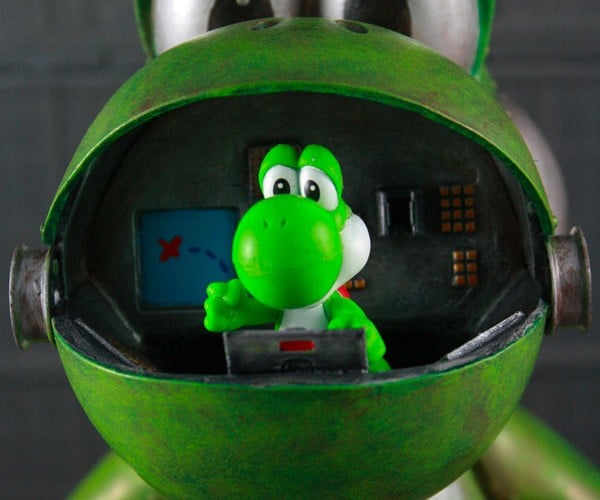 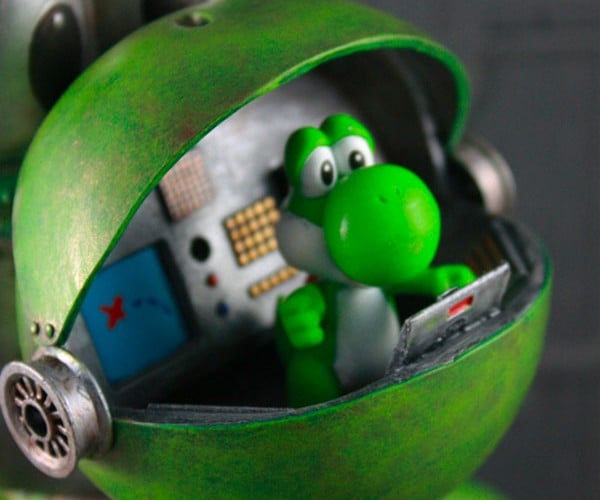 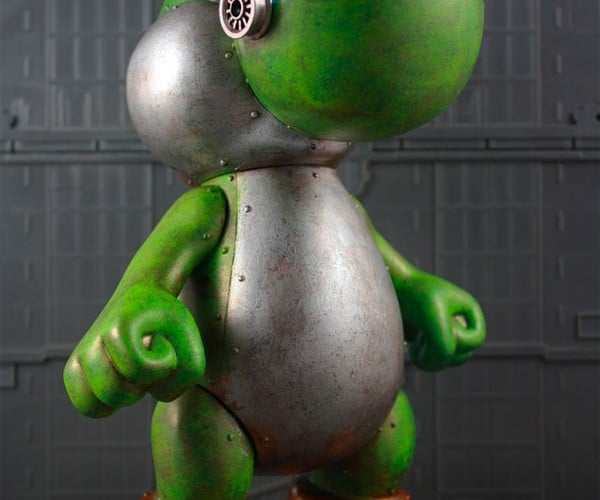 My only complaint with the statue is that it doesn’t have Yoshi’s trademark tongue. Donald says he’s thinking of making a Luigi robot next. Finally, someone showing Mario’s companions some love. Check out Donald’s Flickr page for more pics.