The Scooterputer: The Casemod That Actually Drives

I’ve featured a casemod or two that looked like a vehicle before, and even an R/C car computer that could drive, but never before have I seen a functional PC that could actually transport a human driver. 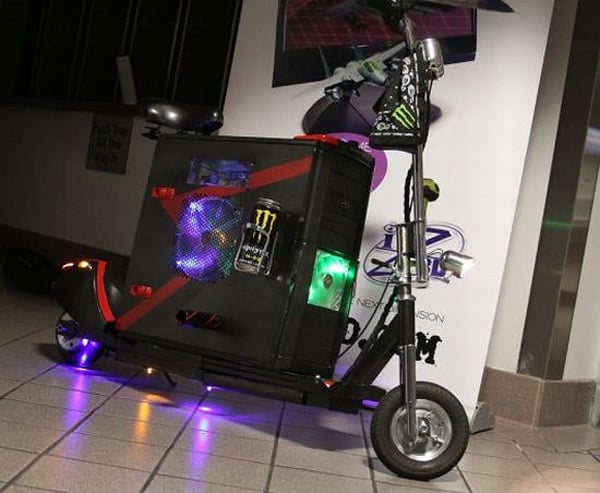 Sure, the Scooterputer isn’t the prettiest looking rig, but you’ve gotta hand it to the guy who built it for making the thing actually driveable. 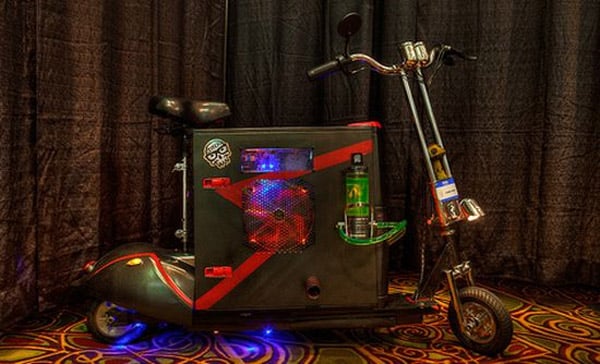 Stephen Popa built the Scooterputer using a Thermaltake Element V case, with a water-cooled P4 E8400 Core2Due under the hood. Popa had to extend the scooter’s platform by nearly a foot to accommodate the computer and to give himself enough room to sit while riding it. Here’s a video of the Scooterputer in action:

Not bad, eh? Although Stephen doesn’t go so far as to show how well the thing plays Crysis. I think the most impressive thing is that he managed to conceal the scooter’s rather large 24-volt battery inside the PC case itself. I guess it’s a good thing that he can’t actually play games while he’s driving down the street.

[via Device Nation via Geekosystem]