Abit PHS Wristwatch Phone Lets You Look Like a Spy

For years, everyone wanted a wristwatch phone, but they’ve been eclipsed by really good smartphones. Don’t get me wrong, I’d like to pretend that I’m a spy like anyone else, but like many of the iPod Nano watch bracelets have shown, it just doesn’t make sense to plug in some headphones onto something that’s strapped on your wrist. 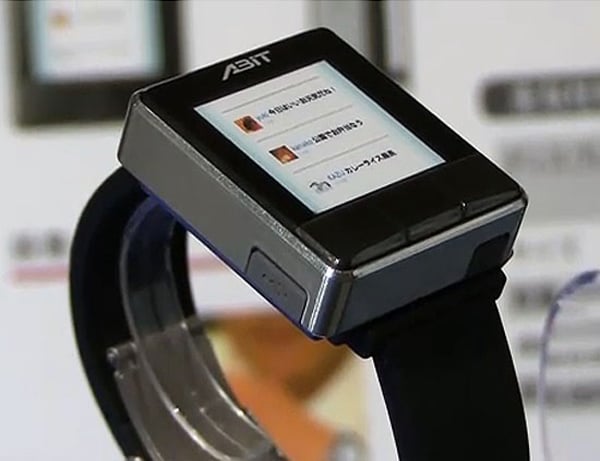 This watch is from Abit and will only be available in Japan, at least for now. It’s available for the Willcom cell phone carrier. There are yet no details on price and when it will be released, but it’s supposed to be used for data retrieval via the cell phone network, a sort of cloud-based watch phone.

It’s got a certain geek appeal. What do you guys think? Or you will wait for the iPod Nano phone watch instead?