Before we had kids, my wife and I had a Jack Russell Terrier named Gordy. He was a cool dog that could do all sorts of tricks, but he was too smart for his own good. He once dragged his ass on my wife’s pillow after she pushed him off the couch and he would get in the trash at night, eat something in there, and put the trash back in. He would get really pissed if you dressed him up and would hide under the bed out of shame. This horrible hoodie jacket cell phone case reminds me of Gordy’s shame. 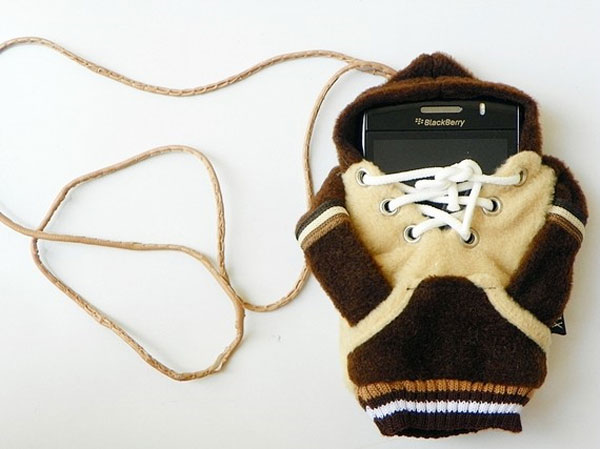 I have seen some weird and ugly accessories for cell phones before, but this one is right up there. It’s a brown and beige fleece hoodie sized to hold you smartphone like a Blackberry or iPhone. It has a strap so you restrain the folks that roll on the floor laughing at you for buying it that doubles as a shoulder carrier.

The hoodie case measures 4″ top to bottom and is 3.5″ wide. That should mean it could hold just about any smartphone out there. You can pick it up for $9 on Etsy. Makes a great gag gift.