Big Rigs Over the Road: Best Review of the Worst Game Ever

Anyone who’s ever heard of the PC game Big Rigs Over the Road is aware that is widely held that it’s the worst video game ever made. Yes – it’s worse than Kool-Aid Man and Barbie Horse Adventure combined with E.T. If you don’t believe me, here’s a  screenshot you can etch into your retinas: 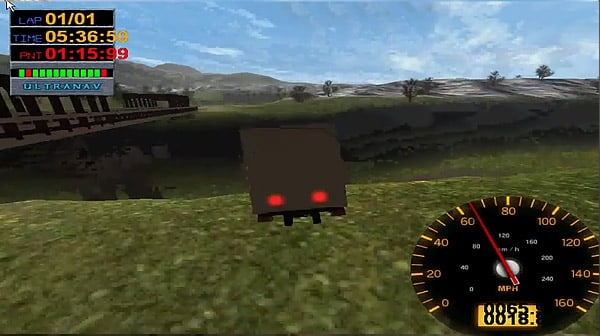 Wow. A game with worse graphics than Minecraft, now that’s something. Now I’ll tell you that the video review by a guy named “Critical” below is loaded with expletives, so you won’t want to play it at work. That said, it’s the holidays, so what are you doing at work anyhow? And if you are at work, the boss surely has the week off and is playing golf in the Carribean – so crank up the volume and let the rest of the miserable bastards stuck in the office hear it:

Well you heard it here first. For the first time ever, Big Rigs has some true entertainment value. Thanks, Critical.