With all of our video game systems moving to controls that don’t use your standard game pads, and instead use motion and gestures to control games, it’s clear that gesture control is coming to everything. I have an alarm clock that uses gesture control; you can wave your hand over the thing to silence the alarm. 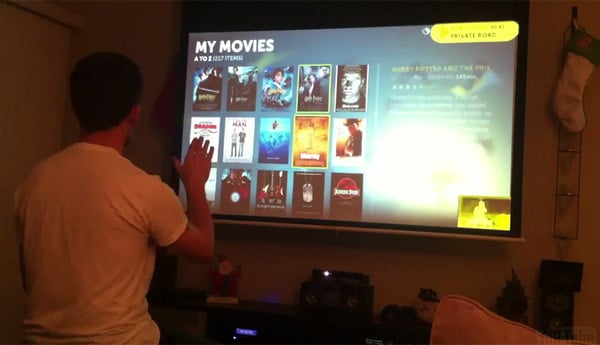 As gesture technology becomes more pervasive, we will be able to change channels with the flick of a finger rather than having a remote. Until that future shows up you can get gesture control on your home theater with a few hacks and some software. John Simons and Joel Griffin have teamed up to create a sweet hack that allows the Microsoft Kinect to be used as a gesture control system with the Boxee and XBMC media portals.

The software can be downloaded right now and once installed the Kinect and any other OpenNI camera can be used to capture gestures and navigate the menus and video. I will say it looks a bit odd to be making motions with your hands in front of the TV, but this is one of the few Kinect hacks I have seen that actually have a point.