TalkTorque 2 Robot Guides People at Museums and Creeps Them Out

I admit that robots creep me out. It goes back to watching Saturn 3 as a kid. Even cute Johnny 5 couldn’t cure me of the creepies. This odd robot form Japan called Talk-Torque 2 [JP] falls somewhere in between Johnny 5 and Hector on the creepy scale for me. 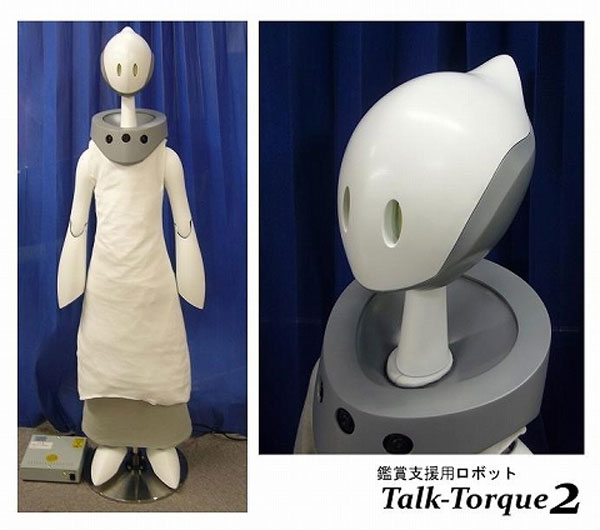 It wears a dress and has a pointy head that’s rather like Sputnik. The bot was created at the Tsukuba University in Japan and was intended to improve the interaction between man and machine. The bot is supposed to master non-verbal communication with humans and serve as a guide by moving the head, arms, and waist. 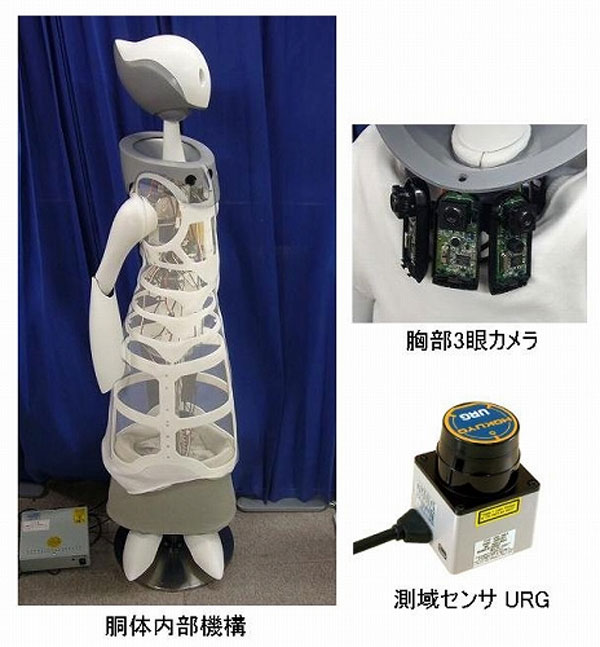 The collar the bot wears has cameras and a laser range finder to help it determine position and direction.

The thing reminds me of a character from some sci-fi flick or show, but I can’t quite place it. It will drive me crazy all day, so if you know the one I am thinking of, feel free to share.

[via Plastic Pals via CrunchGear]