Who says you need an full orchestra to play the soundtrack from a modern video game? Musician Diwa de Leon just needs his a violin, a hegalong, a djembe, a tambourine, guitar, his voice and Adobe Premiere Pro to pull off a fully-realized score – all by himself. 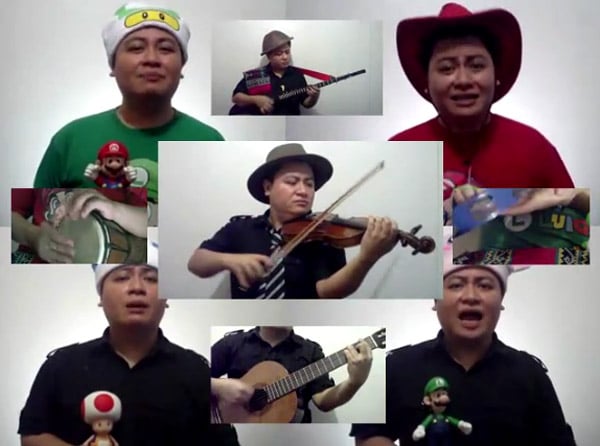 In this 5-minute clip, de Leon takes on the Super Mario Galaxy theme, and four other musical pieces by Mahito Yokota and Koji Kondo from the acclaimed Nintendo Wii game.

I’m just happy to finally hear a cover of some Mario music besides the original Super Mario Bros. theme once and for all.