You probably remember back in 2007 when a bunch of astronomers got together and convinced the world that Pluto was no longer a planet. That single-handedly made a change in science books around the world. One of the dudes responsible for killing Pluto is Mike Brown. Olivia Koski of Wired conducted an interview with Brown recently and it’s one of the best damned interviews I have ever read. 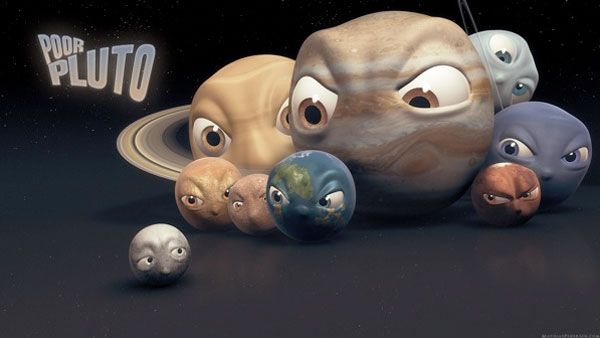 You can see how things are going to go for Brown with the first question out of the gate: Wired: “How many planets are there?” Brown: “Just eight.” Wired: “Because you killed Pluto.” Brown: “Yes.” That’s funny stuff there. Brown sort of deserved it though; Wired asked who was the most upset about Pluto losing its planetary status. Brown quipped, “Astronomers on the New Horizons team, who sent a spacecraft to Pluto in 2006, are very unhappy. The thing their craft is going to is no longer a planet. It’s sort of fun to tease them about that.”

But the best part of the entire interview is this little tidbit, “What does your 5-year-old daughter think of having a planet-killer for a father,” asked the interviewer. Brown said, “She has learned from general discussions that I killed Pluto and that killing is bad. Therefore, I’ve done something bad, and so she’s kind of mad at me.”

I move that Brown heretofore be known as Mike “Death Star” Brown. Behold the power of this fully functional astronomer!

Read the full interview over at Wired.