This cool clock is the DOTKLOK and it’s an open source digital clock that can display the time with many different animations. The best part is that it’s totally hackable, not that I’d have the time to do this, but it’s nice to have that option. 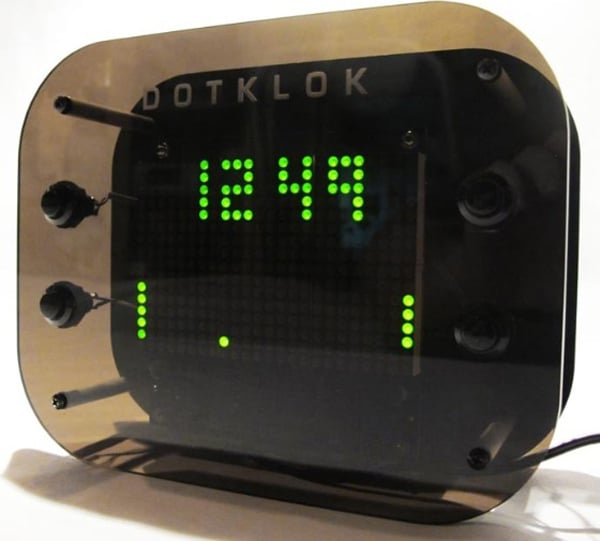 Dotklok is Arduino-powered, and has a bright 24×16 pixel LED screen that allows you to see the time clearly behind its laser-cut acrylic face. In its random mode, the clock switches to different animations each day at midnight. 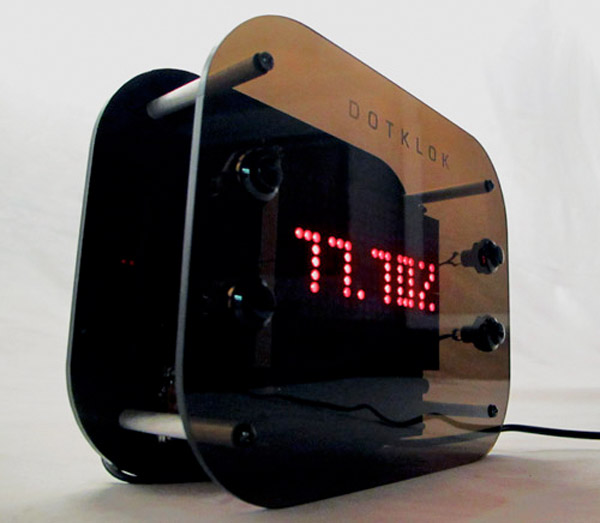 Out-of-the-box animations include percentage of the day that has passed, random dots, and a PONG clock among others. A fill list of animations can be found here.

DOTKLOK can be purchased as a kit or fully assembled. You can find it over at Andrew O’Malley’s Etsy shop in the following configurations: