HDMI output for the iPhone? Surely not! You’d think that something as basic as an HDMI output wouldn’t be a big deal for a gadget like the iPhone. I mean, in this world of HDTVs, many devices ship with such a port standard. Heck, the iPhone 4 even shoots in 720p, so why not push that out to your TV with a simple HDMI cable? Well thanks to Sanwa, you can. 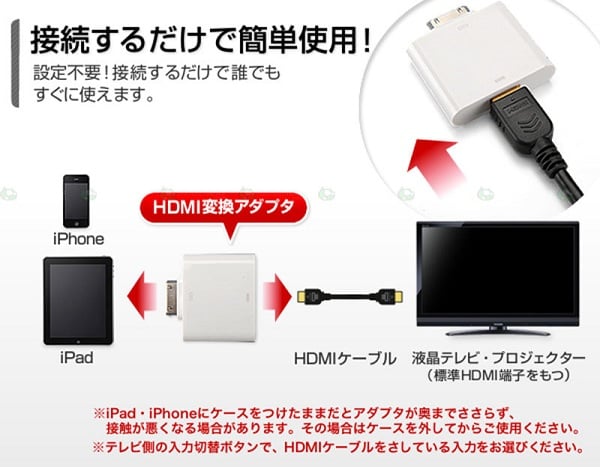 This iPhone HDMI Adapter from Sanwa looks much like the SD card reader that Apple offers. There’s not a lot to look at here, as it simply plugs into your 30-pin connector, and offers up a regular HDMI port. It will give you 720p output, and only works with the current iPhone 4 and iPad. The best part? It will set you back $72 (USD). At that price, you almost expect it to be an officially-licensed Apple product. 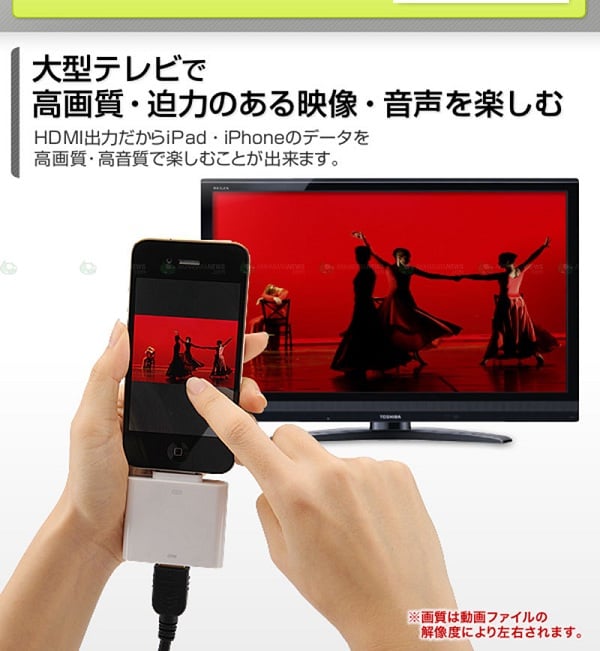