For most of the history of interchangeable lens digital cameras, the lenses have only been changeable on DSLR cameras. With the advent of smaller micro four-thirds cameras, the lenses on other digital cameras have started to get the ability to change as well. The difference in the new breed of interchangeable lens cameras and DSLRs is that the cameras like the new Samsung NX11 is that they lack a mirror assembly, making them more compact. 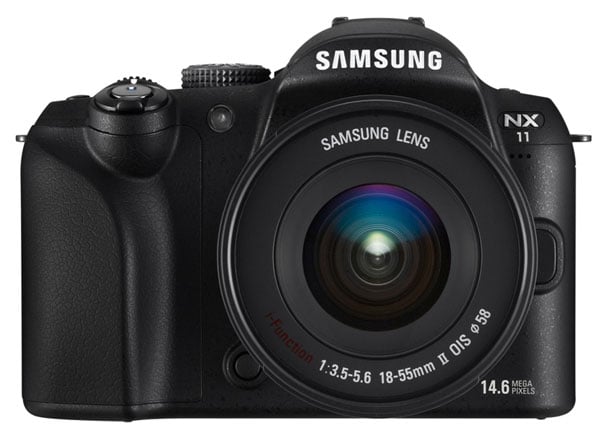 The new NX11 is the follow up to the NX10 and it has manual controls for all camera functions on the i-function lens allowing the user to adjust manual settings without having to use wheels or menus on the back. The rear screen of the NX11 is a 3-inch AMOLED unit and it can record 720p HD video and still photos at up to 14.6MP resolution.