South Korea isn’t a great destination for English teachers. There’s a shortage of English teachers in South Korea because the Koreans apparently work them like dogs (extremely long hours, from early in the morning to late at night including Saturdays on a fixed salary). The ones who stay want to be paid more than what a lot of schools can offer. That’s why they’ve decided to come up with a novel approach to solve the shortage of ESL teachers. Remember, robots don’t mind long hours (at least not until the robot uprising of 2015.) 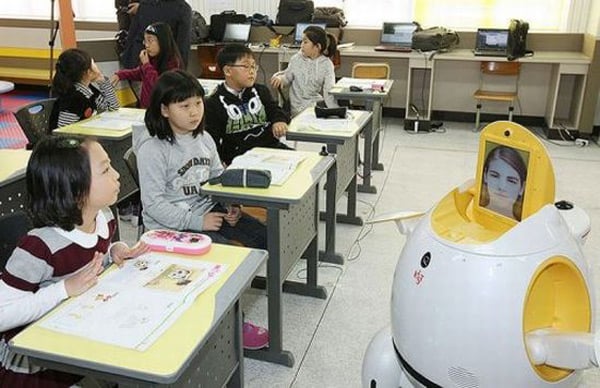 The name of this teacher ‘bot is Engkey and he costs about $10,000 (USD), which is certainly less than even a teachers’ salary. Engkey is a telepresence robot that can connect the students to more affordable teachers working offshore in the Philippines. 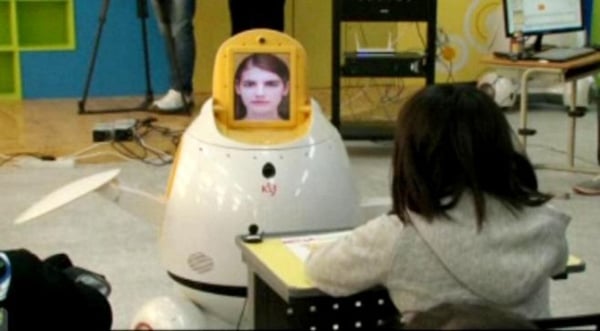 Engkey can move around, and do a little jig, but you probably don’t want robots teaching your children, do you? They might just go all nutty and start serving their robot overlords someday.