Mobile Internet is great – you can check your email, read the news, reserve seats at restaurants, and even check for parking spots, all from your smartphone. Not that I enjoy any of that fantastic futuristic stuff here where I live, but it’s nice to know that theoretically, I could. Unfortunately for blind people, they can’t use all of these neat conveniences to their advantage, because much of this information is visual. But that could all change, if University of Washington design students Erik Hedberg and Zack Bennet have their way. 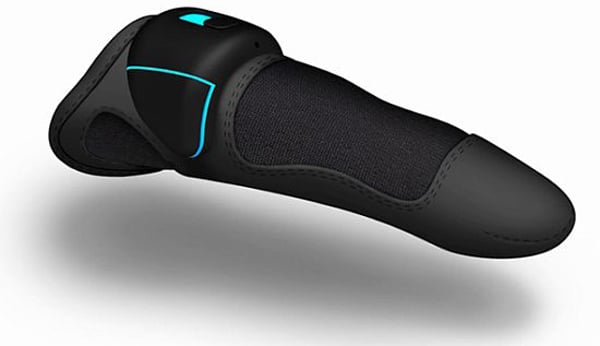 Their concept device is called Thimble. It has two primary functions, the first one directly addressing the concern I mentioned above. Thimble connects to smartphones via Bluetooth. It lets users “read” data – for example, news or Twitter – from the phone by converting text to Braille, which the user detects via pulses from the fingertip of the glove. But what makes Thimble such an appealing device is that it also has OCR capabilities, which means it can scan written text – a newspaper for example – and convert it into Braille.

According to their Vimeo page, Hedberg and Bennet are already working on a patent for Thimble, which of course is not the same as actually making the product. But I think it’s a really practical gadget concept, short of an equally portable device that converts digital or analog text to speech.