I wanted an eReader really badly until I got my iPad. I like to read in spurts. I will go months where I read a book each week and then I will lose interest and not read for a month or so – and I find trips to the book store to be annoying. Before the iPad, I really wanted a Nook because it had that cool color screen on the bottom. 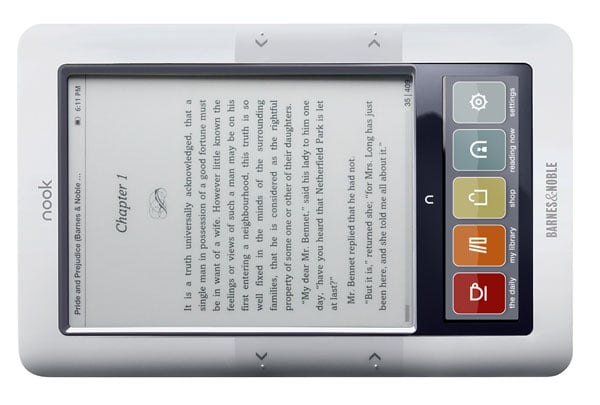 Despite the iPad’s popularity, a lot of other people out there bought a Nook. Barnes and Noble has gone official with the announcement that the Nook line are the best selling items ever in the 40-year history of the store. It’s interesting that Amazon, the main competitor to B&N in the book business also recently announced that the Kindle was its best-selling item ever.

B&N is strangely mum on exactly how many of the Nooks have sold since the device launched. You would think they want to tout that fact, perhaps they are embarrassed by how few they have moved compared to the Kindle. The only hard number the company offered was that on Christmas Day almost a million NookBooks were sold.