My dad gave my son all six of the Star Wars flicks for Christmas, so over the last week we have watched them all. These aren’t the ones from when I was a kid, but the new “enhanced versions” and one of the things that sticks in my mind from Return of the Jedi is Vader telling Luke his training was complete now that he built his own lightsaber. Luke took it well, considering pops was the reason he lost his old saber (and his hand) to start with. 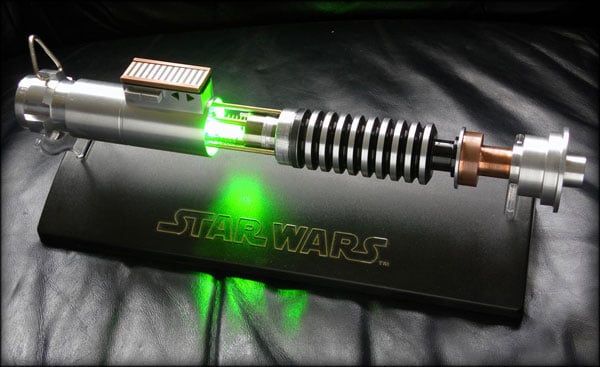 A geek named Bradley Lewis has completed his Jedi training as well, and he didn’t have to lose an arm to do it. The dude crafted his lightsaber using a lathe and some seriously good design work. The lightsaber he made is a replica of the one Luke had in Return of the Jedi, complete with a moving area that covers the laser thingy. 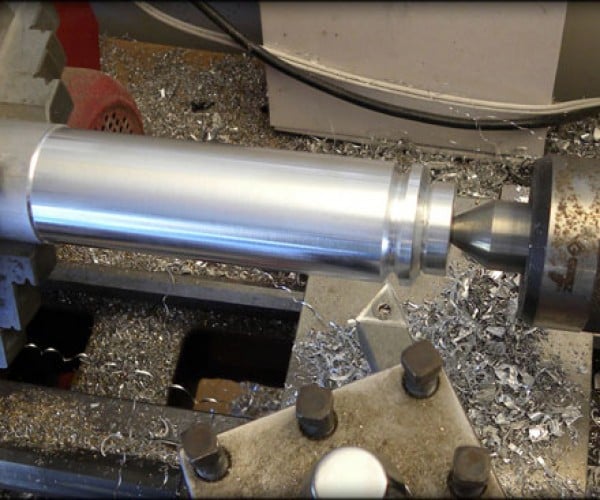 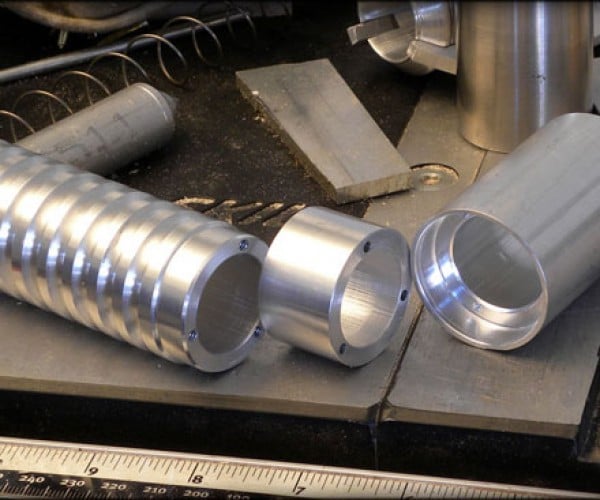 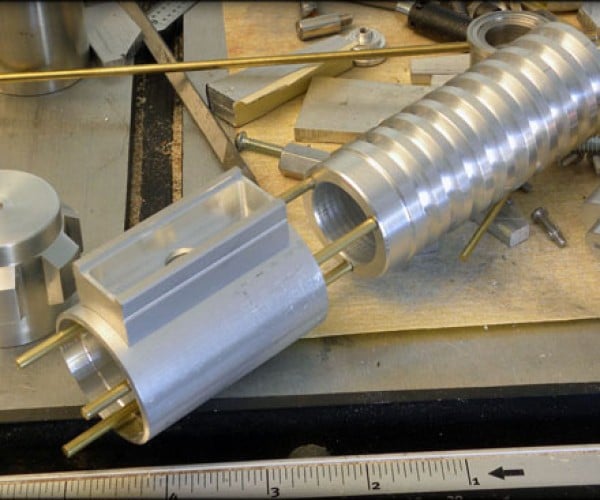 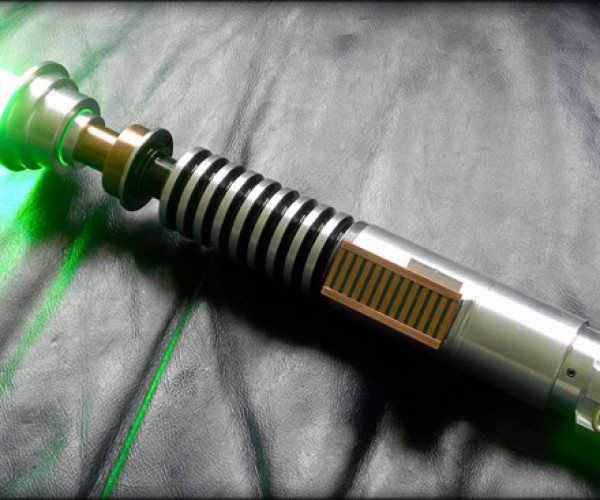 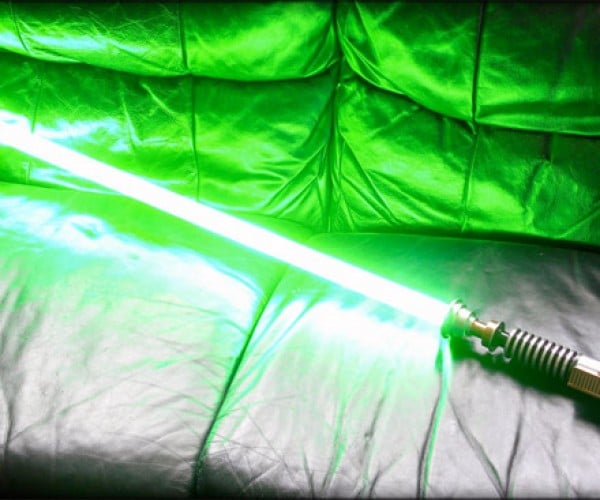 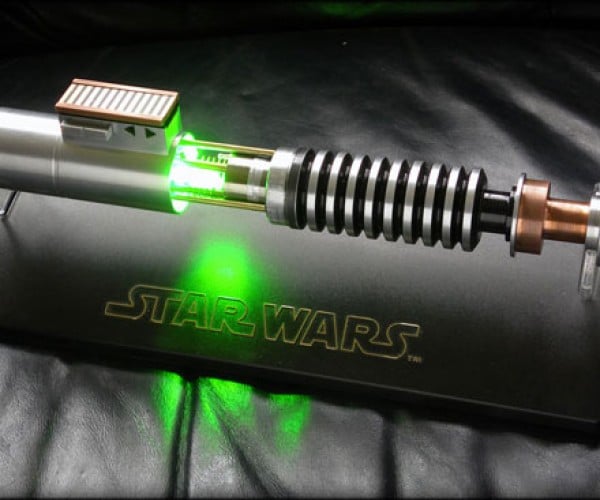 The lightsaber has a removable blade that is powered by batteries inside the custom machined handle. This saber is epic and I want one so bad. Check out the video below to see it in action and lust after one for yourself.