Sean Kenney has one of the best job titles in the world. Calling himself a “professional kid”, Kenney has been making artworks and models out of LEGO for several years now, and has been commissioned by several companies. Back in 2009 (we can say that now, can’t we?), Kenney was hired by Nintendo to make an oversized LEGO replica of the DSi for the launch of the gaming device. If you dropped by the Nintendo World Store in New York between April and November then you probably saw Kenney’s work: 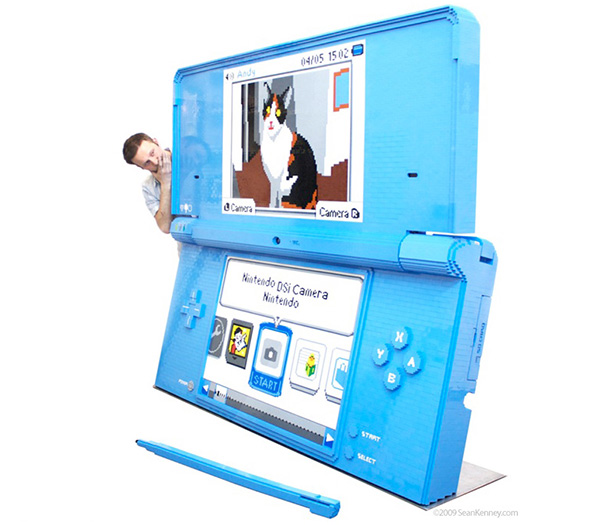 With such a large scale, Kenney was able to incorporate many of the details of the real DSi, including the voltage spec for the charger. He wasn’t able to replicate the fine print at the back of the device though. 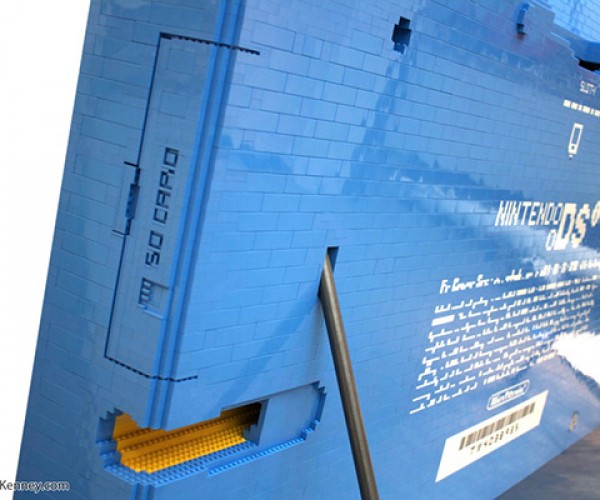 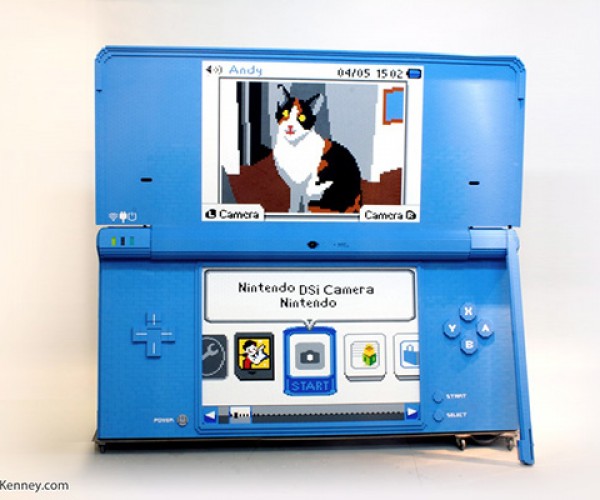 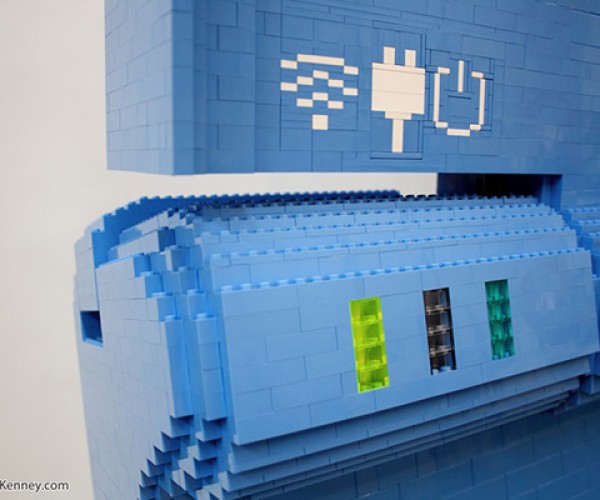 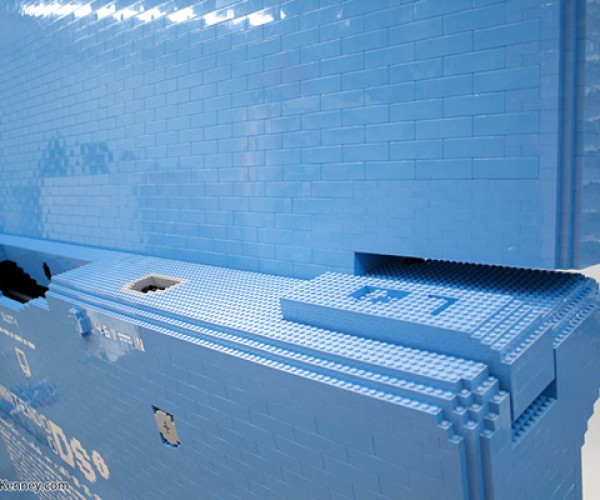 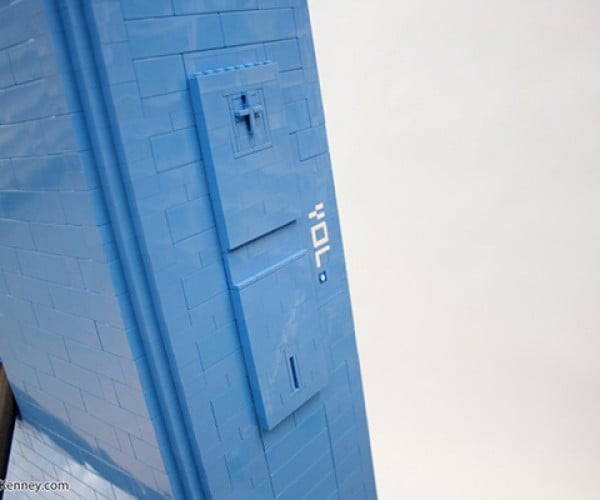 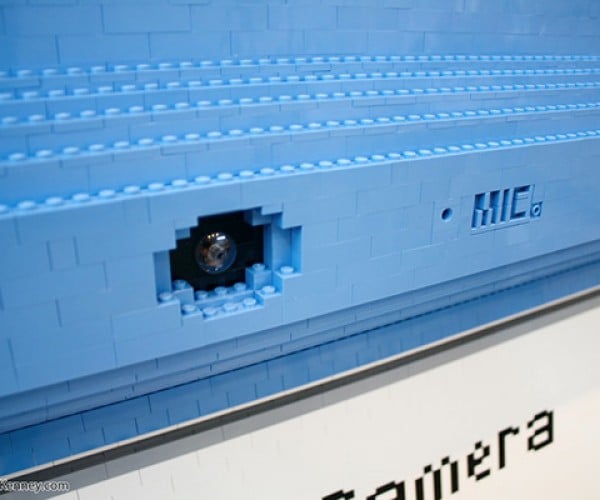 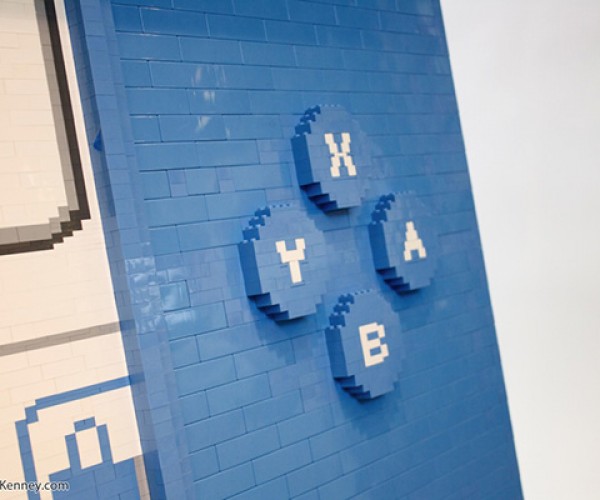 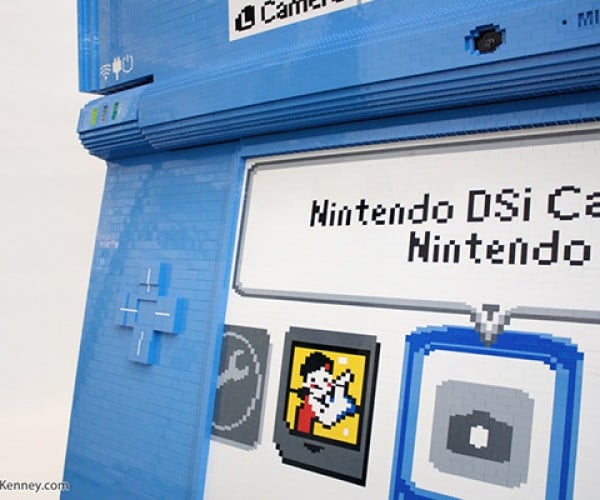 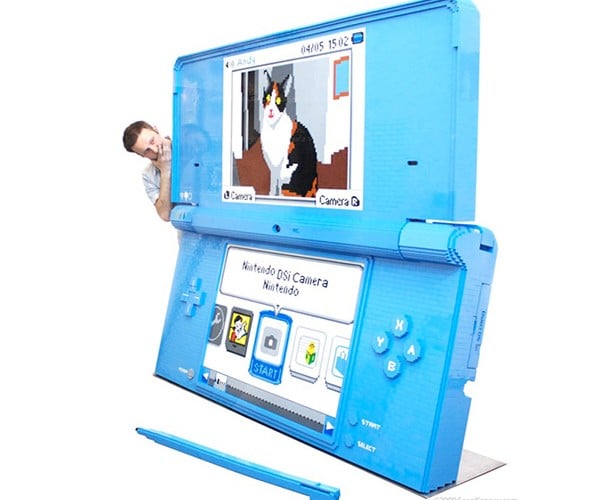 I wonder what that thing is that Kenney used for the camera. Is that actually a LEGO piece? Either way, it does look like a real camera and is a nice touch to the whole work. You can check out more of Kenney’s work – including life-sized versions of the DSi – at his website. Aside from making gargantuan replicas, Kenney also makes LEGO wedding toppers and LEGO portraits, so if you ever want any of the three, you know who to turn to. The man has serious brick skills.