DisplayPad Turns iPad Into a Second Monitor for Macs: Cheap Link for a Pricey Setup

Small USB-powered monitors have become popular over the past couple of years, especially among laptop users who really need the extra screen space. Clean Cut Code’s DisplayPad app lets you use an iPad as a secondary monitor, but it only works with Macs running Snow Leopard.  Pretty stringent requirements. I’m sure there are thousands (millions?) of Mac users who both have an iPad and a Mac, but it would have been a lot better if the app worked with any PC. 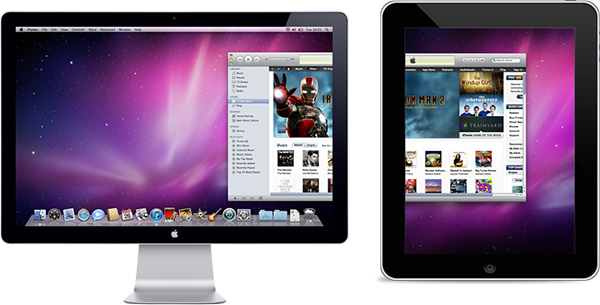 Another potential downside to the app is that it needs a WiFi connection to work. Once all the expensive pieces are in place though, the app seems to work with Mac-like simplicity. Here’s a demo from YouTube user radiosykes:

You can download the DisplayPad app from the iTunes App Store for $3 (USD).