If you’ve got any doubts that having the latest mobile hardware in hand won’t improve your web-surfing experiences, look no further than this video demo showing off the LG Optimus 2X smartphone compared to the iPhone 4. 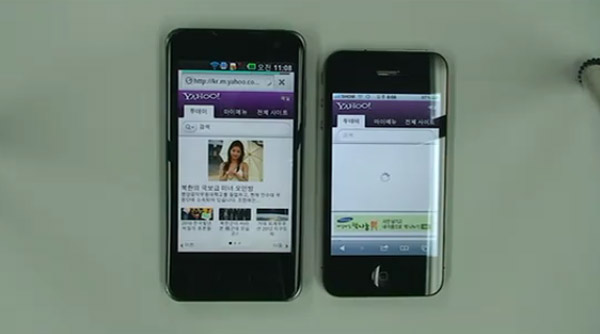 The test pits the Optimus 2X and its zippy dual-core Tegra 2 processor against the iPhone 4 and its 6+ month old A4 CPU. I’m not sure if the page rendering improvements in the Optimus 2X come from the faster CPU or the GPU differences, but either way, it’s clearly much faster at rendering web pages. See for yourself:

Never mind the fact that the LG phone is running Flash 10.1, so Apple’s position that Flash would weigh down the iPhone really is a little questionable, IMHO. I’m still convinced it’s just due to a political battle between Apple and Adobe.

I expect to get my hands on LG’s new mobile handsets at CES this week, and will let you guys know how things perform up close and personal.