This might look like just a few steel balls on a track, but it isn’t. It’s a thinking machine that has been created thanks to a ternary computer, that’s made out of levers and tracks which constantly cycle steel bass down internal structures. 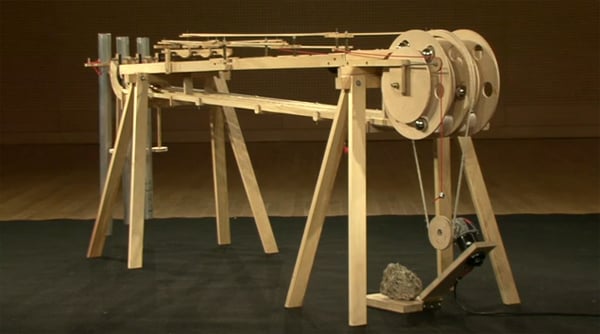 I’ve read about machines like this before, and this one was made by Martin Riches and Masahiro Miwa. The ternary computer outputs melodies formed by three sounds as resulting from the calculations. Apparently it doesn’t matter whether a computer is ternary or binary. It’s still a Türing machine.

It’s kind of mesmerizing to see this go along the track.