LG’s new slimline smartphone offers a svelte 9.2mm profile, and a new display LG calls “NOVA.” The new tech offers a super-bright screen that outputs 700 nits of brightness, and is about 15% more energy-efficient than prior LG smartphone displays. It’s also designed to work well both in indoor and daylight viewing conditions. 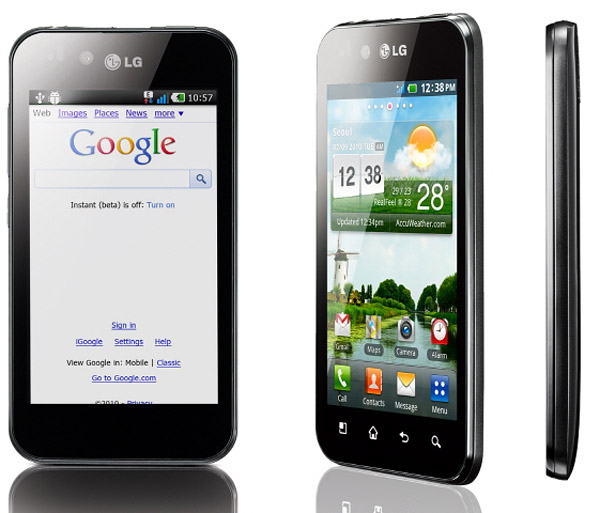 The skinny phone weighs in at just 109g, and at it’s thinnest point is just 6mm thick. Under the hood, the Optimus Black runs on the Android 2.2 Froyo platform, but will be upgradeable to 2.3 Gingerbread soon.  There’s also a 2-megapixel front-facing camera for video chats. While it’s definitely not as speedy as the forthcoming Optimus 2X, it’ll surely beat it for battery life. 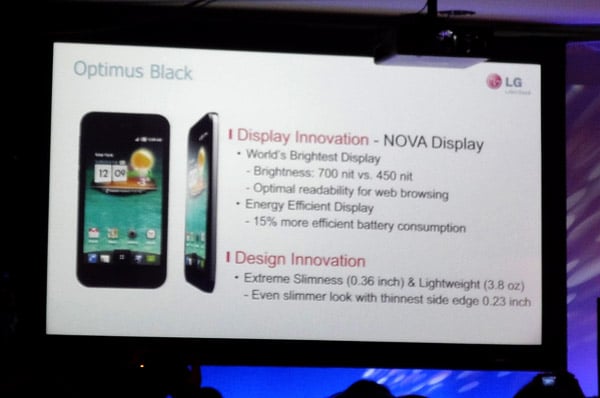 LG expects to ship the Optimus Black worldwide by mid-year 2011.