In the United States at least, the availability of over-the-air video on mobile devices is quite strange, almost the exact opposite of the state of dedicated televisions. Web video like YouTube are mostly a click away, and Netflix is all you need to stream popular shows and movies. But local television is nowhere to be found, and device manufacturers like Apple don’t seem to be interested in bringing it to their devices. That’s where the Tivizen mobile DTV receiver comes in. 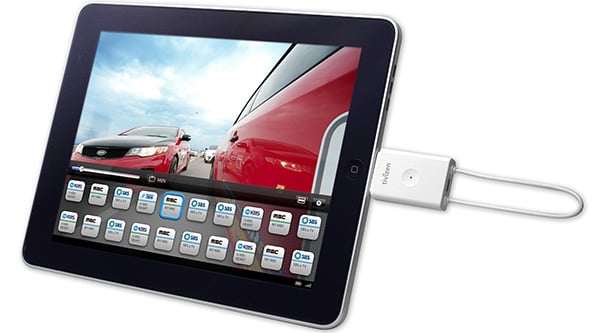 Made by Korea’s Valups, Tivizen is just one of many mobile DTV receivers introduced at CES 2011. It plugs into the 30-pin connector of iPads, iPhones and iPod Touches, and doesn’t need a WiFi or cellular connection to function, just its complementary app. If you’re wondering if there will be anything to watch, this year the Open Mobile Video Coalition will make a big push to make local mobile DTV broadcasts available. Here’s a list of the stations that are or will be available so far. Will there be anything good to watch? That I don’t know. And that’s just one of the issues. 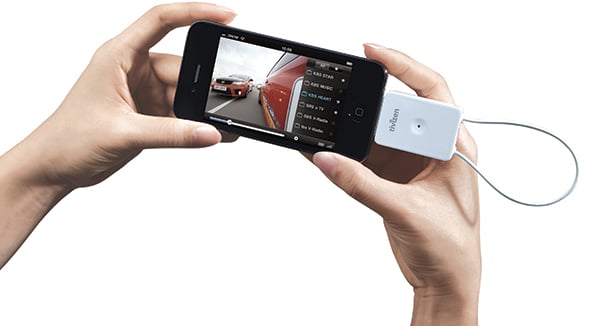 The main drawback of the Tivizen is it’s battery life – it’s rechargeable battery can only power the receiver for two and a half hours. Of course that may be enough for some people who just want to catch the evening news or a ball game, but it reminds me of the battery-sucking Game Gear. Two and a half hours is simply too short, especially for someone who’s out and about for much of the day.

Is this brought about by the size of the battery, or does receiving TV broadcasts really consume a lot of power? If it’s the latter then it may be the reason why we don’t have built-in TV tuners in our mobile devices yet. But with browsing, apps and Netflix keeping them occupied, I don’t think US mobile users have noticed. The Tivizen will be available for $99 (USD) starting this June.