There are already several apps available that turn iOS devices into remote controls for both hardware and software media players, such as Apple’s own Remote app or the XBMC Remote (also available for Android), but how about an app that can move your TV? The ControlWand does just that – it’s a remote control for the newer models of WallWizard’s motorized TV mounts. 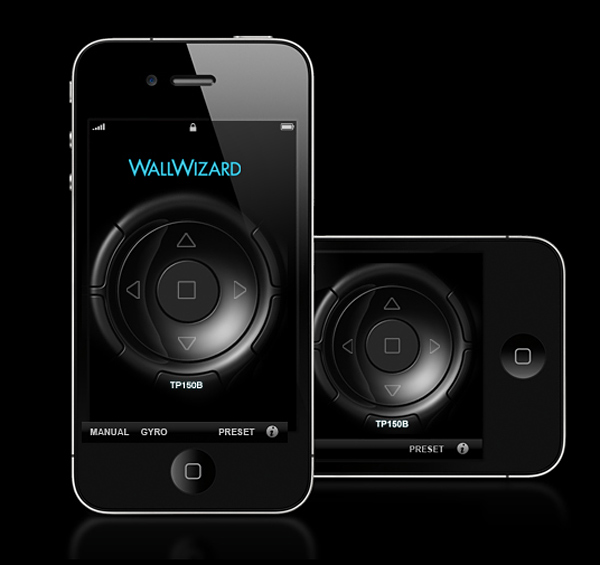 The app is compatible with all three iOS devices and works in conjunction with a Wi-Fi/Bluetooth adapter. It has three modes – in Auto mode the mount will recognize if the TV is on or off, and will adjust the TV’s position accordingly (perhaps users can set on and off positions ?), while  Manual mode lets users control a mount by pressing the virtual buttons on the app.

But what really puts the “Wand” in ControlWand is its Gyro mode, aka the Don’t Let Your Kids Know About This Mode. It will let users control a mount simply by waving around their iPad, iPhone or iPod Touch – the mount will follow automagically. Check out WallWizard’s website for more details. The system will be shown off at this week’s CES, and should ship sometime later in Q1.