This interesting little app for the iPhone and iPod Touch interacts with special versions of gaming software on your PC to turn it into a motion controller for games. 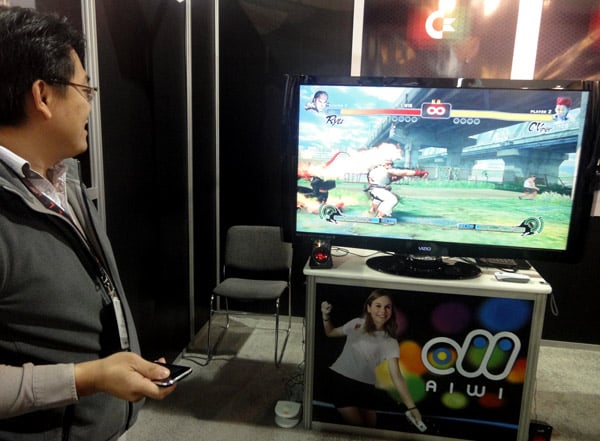 The AIWI kit includes a non-slip case with wrist strap for your iOS device, along with software that lets you use it either as an air mouse for controlling presentations or as a motion control for select games. From what I can tell, the system ships with SEGA Virtua Tennis 2009, but from the looks of this demo I caught at CES, it plays Street Fighter IV too.

Looks like there’s a little bit of lag to me, but why not try it for yourself. You can grab a free version of AIWI now over at the App Store, which includes access to a handful of compatible Flash and PC games, or the full version can be purchased online for just $9.99, which comes with 10 PC games and 15 Flash games. I’m not sure where you can grab the version with the case, but you can always just put your iPhone in your own non-slip silicone case and play it that way.