Did the great snowpocalypse get you down? Then head on outside just like Jabo27 and build yourself a fallen AT-AT snow fort. If you’ve got a front yard on the East Coast, then you probably still have enough snow around to do this as well. 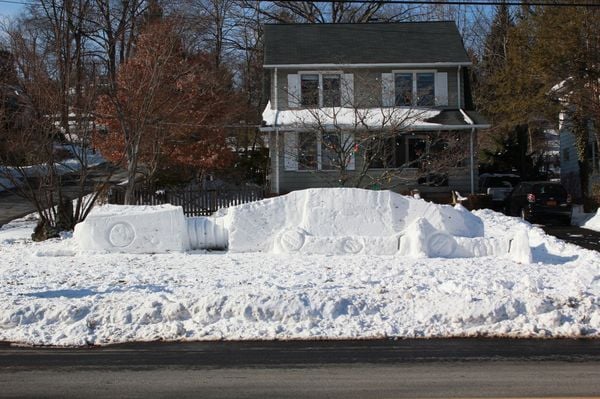 Jabo27 admits that the scale is incorrect, but he had lots of fun building it. The AT-AT isn’t very tall, but it’s tall enough. Jabo27 used his son’s toy AT-AT as a model to figure out the dimensions. However, this went out the window once he started creating it, as he didn’t have the right machinery to pile it up high enough.

The last time I built a snow fort was when I was 13 or so and it was fun. I can just imagine how much fun this must have been.