The boxy, toy-like car you see below is the work of Giant Robot magazine publisher Eric Nakamura and Len Higa of Onimotorworks. Nakamura was asked by Toyota to come up with a design for a custom Scion xB, and he decided to go with a video game theme. Nakamura says he was primarily inspired by Nintendo’s Famicom console, and it definitely shows, but overall it’s a tribute to the 8-bit era of gaming. 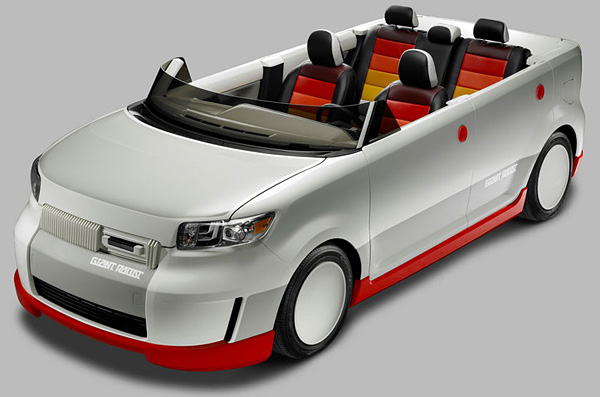 The car’s retro video game design is apparent from it’s looks. As I mentioned, it’s boxy and toy-like, just as Nintendo’s console was. Its rims and door handles are made to look like buttons. Scratch that, the door’s handles are buttons – when they’re pushed to open the doors, they also trigger sound bytes from Super Mario Bros.

That’s just the beginning. The car has both front and rear projectors for playing video games – the front projector is used to play Return of the Quack using two controllers that also double as the seat belt clamps on the two front seats. 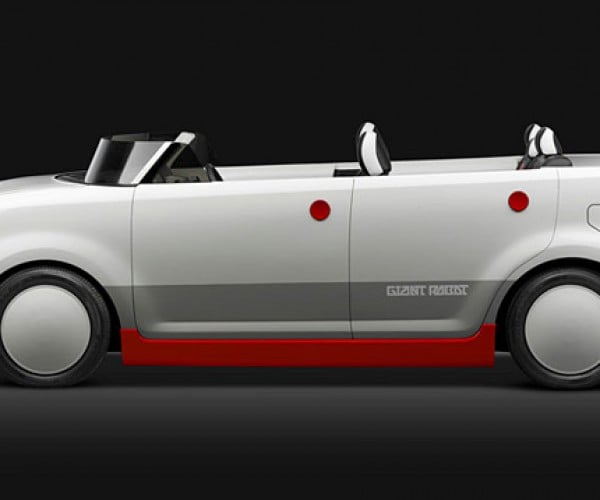 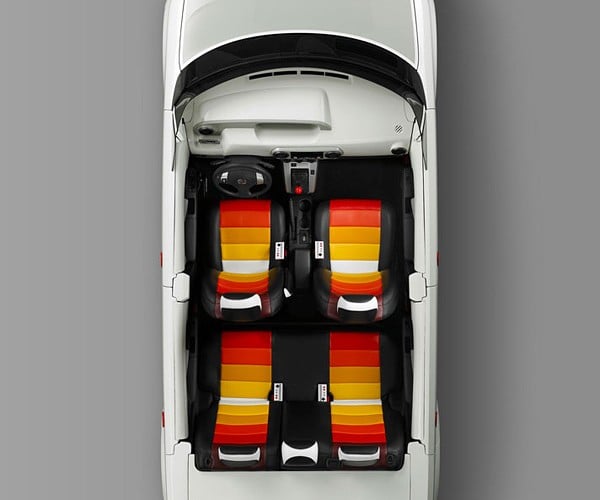 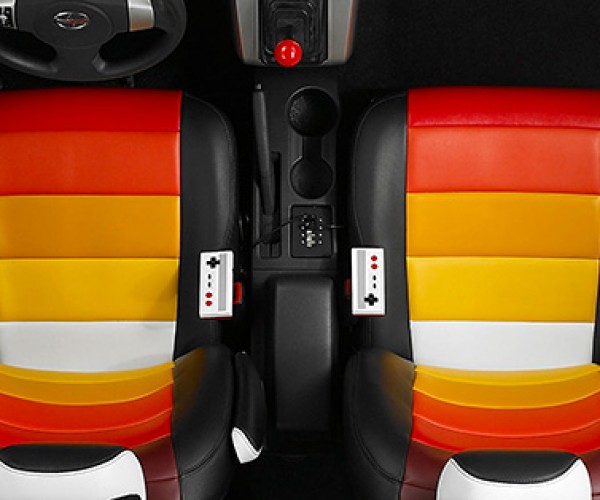 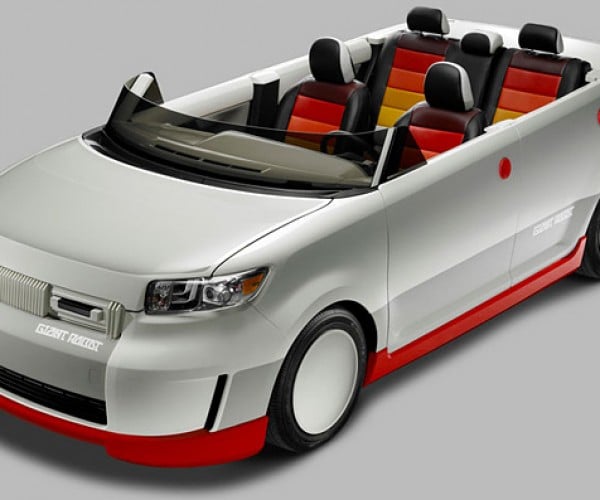 But by far the best feature of this car for me is that you turn it on by inserting a video game cartridge into a dock on the dash. Curiously though, turning the car on is different from actually starting the engine. The latter is done by – what else? –pressing a button.

The car was shown at last year at Pixel Pushers, an exhibit of 8-bit-inspired art that was curated by Giant Robot. I’m not at all fond of cars, but I hope when this car is auctioned off someday I’ll be able to get it, or at least have a replica made. More than anything else in this car, it’s the act of inserting the cartridge (and then the game won’t load, and you’ll have to struggle with the eject switch, then you’ll blow into the cartridge and put it back again) that really takes me back to my younger days.