There is a bunch of gear on the market for DJs and folks that want to be a DJ. The catch is that a lot of that stuff is expensive and very hard to learn to use. Hercules sells some of that really expensive and hard to learn gear and it has some gear that falls on the other end of the spectrum too. 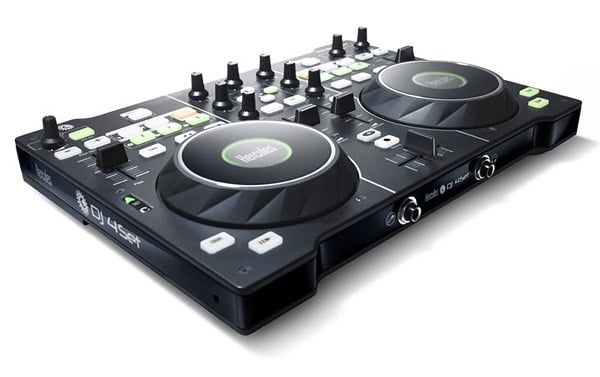 At this week’s CES, Hercules announced a new DJ console that is aimed at the beginner looking to DJ in their own home with a cheap and easier to use system. The console is called the DJ 4Set and it will ship in April for $249.99 (USD). For that much money you get a console with a pair of large jog dials for scratching and mixing tracks. The dials and buttons have red or green backlight colors.

The device has 4-channels, with two for mixing and one for headphones output for monitoring tracks. It can be arranged into four virtual decks and in two deck mode it has 60 controls and in four-deck mode you get 112 controls. The controls are MIDI based and the console comes with the all the software needed to make your own music, but will also work with all 2 or 4 deck MIDI-based mixing software.