I know that there are a bunch of geeks out there that strip out the factory audio gear in their new car as soon at its parked in the drive way. I can understand that, the factory stuff tends to not sound that great for the most part, and is often feature limited. 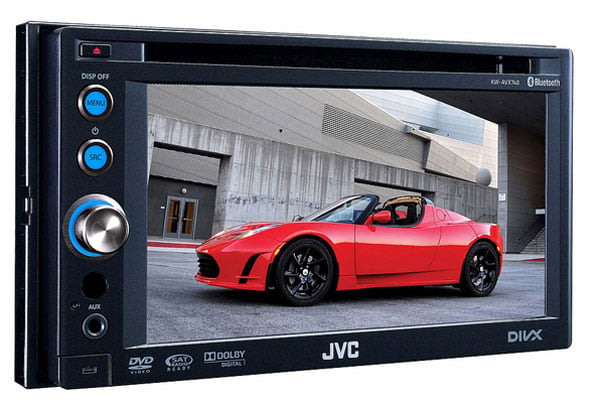 At this week’s CES, JVC unveiled a cool new double-DIN car stereo with some really neat features – the KW-AVX840. The thing has a 7-inch motorized LCD on the front that supports touch input and has a proximity sensor. The face of the radio is detachable and it has integrated Bluetooth. Other features include a USB port that allows control of the iPhone or iPod connected to it and it has an external mode for playing content from your iPhone on the screen.

The receiver supports all sorts of digital files, has a 7-band EQ, and MOS-FET 50W x 4 channel output along with three sets of 4V pre-outs, and is ready to work with your steering wheel controls. It also supports dual zone and dual play features. It will ship in March for $649.95 (USD).