Here’s an unusual add-on I stumbled onto at CES earlier today. It’s made by a Korean outfit called Touch UI, and the case is called the Back Touch. It does exactly what it sounds like – it gives you a second touch surface on the back of the iPhone 4. 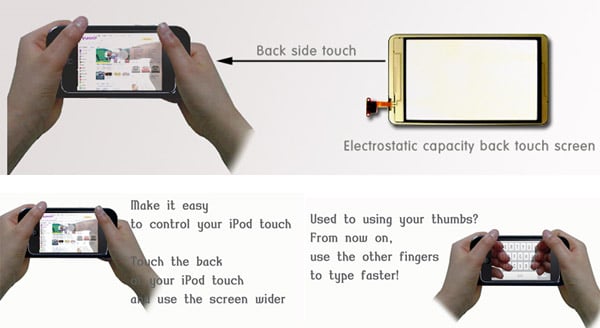 The case fits snugly around your iOS device, and adds a trackpad to the back which can be used for additional gesture controls. Out of the box, dragging down opens up the address bar, search box, most visited sites or text entry box – presumably based on context, but it wasn’t clear from the spec sheet I picked up. Specs for the additional multitouch pad are 480×320 resolution at 163ppi. 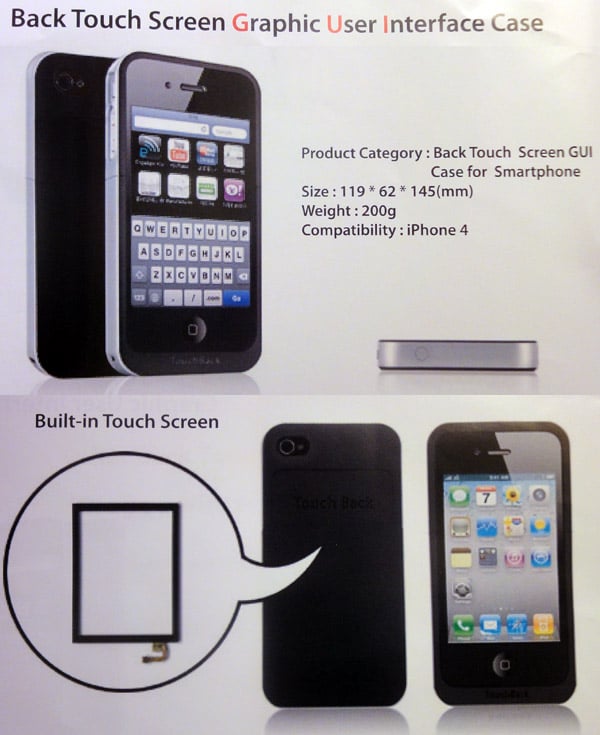 Other gestures include dragging to the right to move back one page, dragging to the left to move forward, and dragging up open up the add bookmark menu in Safari.  There’s also double-tap and triple-tap commands, as well as two-finger gestures. According to Touch UI, you can specify which gestures do what as well.

There’s also a version called the iTATOO for the iPod Touch, which appears to be more bulky and adds more features like an FM transmitter and a battery pack. I couldn’t find pricing information on the Back Touch, but you can hunt down the guys who make it here.