We’ve seen Angry Birds migrate from iOS devices to Android, as well as to the PC and consoles. There’s even a board game version coming out. What about the poor BlackBerry owners? They could use the distraction from time to time… although this might not be what they have in mind: 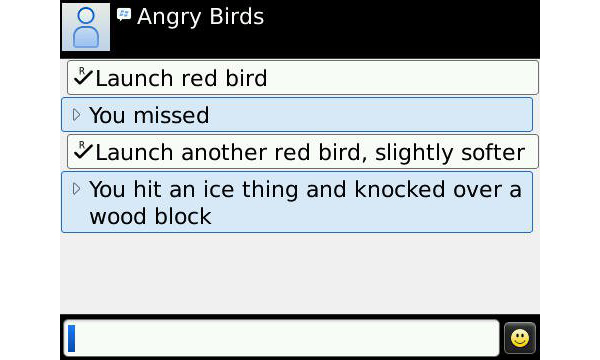 If all BlackBerry users are going to get for gaming are text-based ones, I think they’d be better off with this one.