High-end audiophiles with the money to get the best often end up eyeing the McIntosh line of gear. This stuff apparently sounds really good (not that I would know since I can’t afford to listen to one) and it’s crazy expensive at the same time. One of the iconic design elements of the power amps are the large dual analog gauges on front. 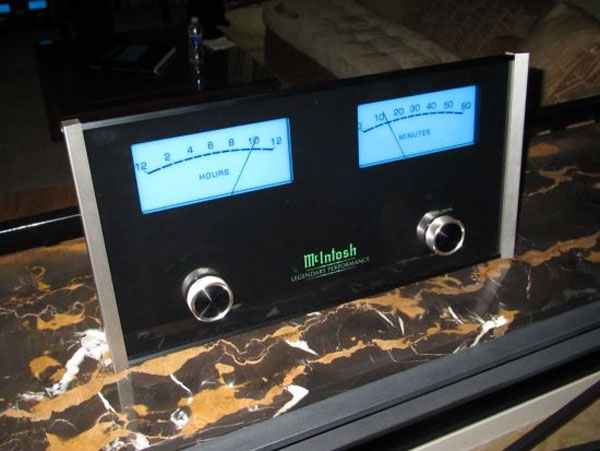 The company has taken that glass front faceplate and the dual analog gauges and used them to make a very expensive wall clock. On a normal power amp from the firm, the two gauges show the watts coming out of each channel.

On the wall clock the left gauges is the hour and the right gauge is the minutes. You will need to cough up $2000 to get your hands on one. This may well be one of the most expensive clocks I have ever seen.